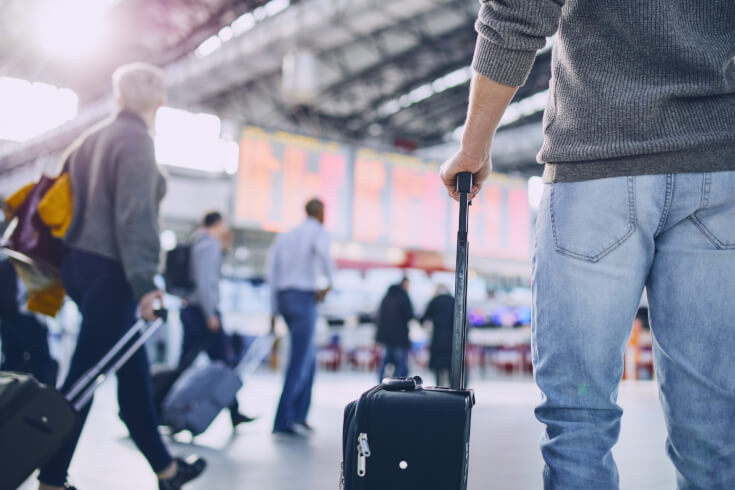 Effective Sunday, 31 October 2021, the winter flight schedule comes in effect, offering direct connections from Václav Havel Airport Prague to 92 destinations, including exotic countries such as Kenya, Mexico and the Dominican Republic. There will also be new routes operated under the winter flight schedule, for example, to Tel Aviv, Naples, Odessa, Kyiv, Dubai and Amsterdam. The launch of Eurowings' base operations will also help facilitate the resumption and further development of air traffic.

Under the 2021 winter flight schedule, 47 air carriers will operate direct flights from/to Prague. The German company Eurowings, a member of the Lufthansa Group, is opening its base at Prague Airport. Its two Airbus A319 will service connections to 13 European destinations, including the Canary Islands and Barcelona. Ryanair has scheduled connections from Prague to 26 cities, including popular destinations such as London, Krakow and Dublin. The Smartwings Group is to operate connections to almost 20 destinations under the winter flight schedule, such as the Canary Islands, Madeira, Hurghada, Paris and Stockholm. Direct long-haul charter connections to exotic destinations such as the Maldives, Punta Cana, Mombasa, Cancún and Zanzibar will also be available from Václav Havel Airport Prague.

With the gradual resumption of air traffic, re-launched connections are being returned to Prague. British Airways will, once again, connect Prague with City Airport in central London, Czech Airlines will revive the route to Copenhagen, Ryanair will resume direct services to Barcelona, Paris and Manchester, while Jet2.com will re-launch its flights to Birmingham, Manchester, Leeds and Newcastle.

In addition, there will be brand new connections on offer during the winter season. Wizz Air is to offer flights from Prague to Rome, Catania and Naples, while Smartwings adds flights to Dubai and London. The route to Tel Aviv will be operated by Israir Airlines, Blue Bird Airways and Arkia Airlines in the 2021 winter season. There will also be a completely new routes this winter season, namely the Prague - Odessa route, thanks to Bees Airline, and SkyUp Airlines new connection to Kyiv. Ryanair's new routes will improve accessibility to Warsaw and Naples. Vueling will boost the number of connections to Amsterdam, and Blue Air to Bucharest, launching a new route.

Alongside brand-new destinations, the frequency of connections on existing routes will also increase compared to the summer flight schedule. For example, British Airways will increase the number of frequencies to London up to twice a day service, adding a morning flight to Heathrow Airport for connecting flights to the USA. Brussels Airlines, which transports passengers to Brussels up to eleven times a week, is among the companies which will fly from/to Prague more often than under the summer schedule. Ryanair will offer the same number of frequencies to Milan and increase the number of flights to Dublin, Venice, Brussels and Bologna. Flydubai will service more flights to Dubai with departures up to seven times a week. More flights will also be offered on the Transavia route to Eindhoven.