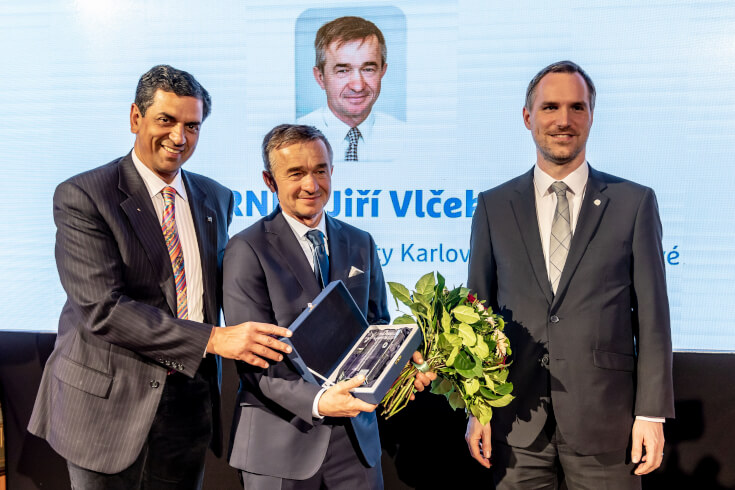 Professor Vlček, who received the Prague Convention Bureau award for his long-term contribution to the meeting industry at the Ambassador Awards Evening the this year, takes the view that meetings increase solidarity, promote international contacts and debate, and bring cultures closer together. Professor Vlček has been organizing congresses for almost 25 years. The first event he participated in was the 24th Annual Symposium of the European Society of Clinical Pharmacy for 800 participants in Prague in 1995: “I was glad to have the opportunity to invite international experts to the Czech Republic and, on the other hand, to give the local pharmaceutical public, academics and other health professionals an opportunity to participate in discussions and workshops. I recall that at the time my call for cooperation included addressing the hospital pharmacists who had not yet had foreign contacts, as I considered hospitals the best environment for implementing clinical pharmacy in health care. I think that this congress and the spring workshop in Hradec Králové in 1993, which preceded it, was another stimulus for the development of clinical pharmacy in the Czech Republic and contributed to the fact that the clinical pharmaceutical care started to develop in hospitals, even though, at that point, in amateur conditions. The success of the congress was also evidenced by the fact that the European Society of Clinical Pharmacy has asked Prague three times to organize an annual symposium since. ”

The first meetings held in the Czech Republic have helped inspire many participants to teach subjects related to this discipline. In addition, they have also raised awareness of clinical pharmacy, which has gradually become acknowledged in the legislation. This is the area where Professor Vlček sees another challenge for the future: “The importance of activities related to clinical pharmacy has not been yet sufficiently appreciated in the Czech Republic. For example, the results of pharmacoepidemiology should be reflected in the decision-making process of regulators, ie the relevant public authorities and supervisory bodies. In other countries, it is common practice for regulators to participate in congresses on pharmacoepidemiology and drug safety regularly. This is not the case for us. The media often inform about the topics discussed at the meetings and thanks to them the field is also brought to the attention of the general public. Subsequently, the views of politicians and government officials can also be influenced by congresses. And, of course, they also provide a good opportunity for students to find inspiration from abroad,  discuss the topics and form scientific teams. Even for me, bringing the experts to my students was a major goal in organizing congresses. ”

Another big topic is the integration of pharmaceutical workers into health care and access to information. “ Real world is our laboratory. On one hand, the research inside it is fascinating, but we lack access to information about all the factors influencing the results of treatment and information about the behavior of healthcare professionals in the process of choosing, administering and dosing the drugs. The last pharmaco-epidemiological congress has shown how far the developed world has advanced in this research, allowing academic institutions to access big data, and giving them opportunities to look for various links in them. In our country, the demand for such research and such highly specilized professionals is smaller, ”adds professor Vlček and he continues:“ At the same time, I was surprised by the degree of traditionalism in the pharmaceutical community of many European countries. They do not mind that clinical pharmacy is not considered a medical discipline or they find it hard to understand that it cannot be practiced as an appendix to any other activity, and that it requires full dedication and application of research methods, while seeking to improve one´s professional skills. The exceptions were mainly pharmacists from the Netherlands, the USA, Canada, the UK and Australia.“

„My present vision is to launch a discussion on the possibilities of minimizing the risks of pharmacotherapy and implementing the knowledge of drug adherence and drug risks, and I am only looking for a format that could be suitable for Central Europe. I believe that Prague would deserve to host, for example, the largest FIP pharmaceutical congress, but unfortunately there have been no suitable conditions for it so far, ”adds professor Vlček and he concludes: “In general, Prague has a great potential. It is a beautiful city, a gateway to Central Europe, offering high-quality services. Moreover, when you combine a professional and social program sensitively, ther is a 98% chance that it will attract the participants and increase the prestige of the areas that have not been well known or recognized by society yet. " 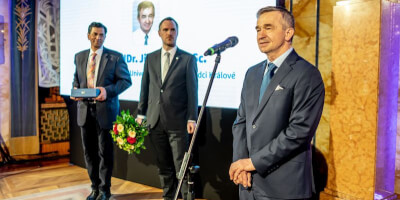 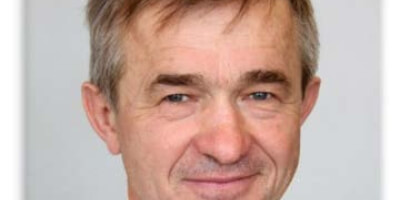