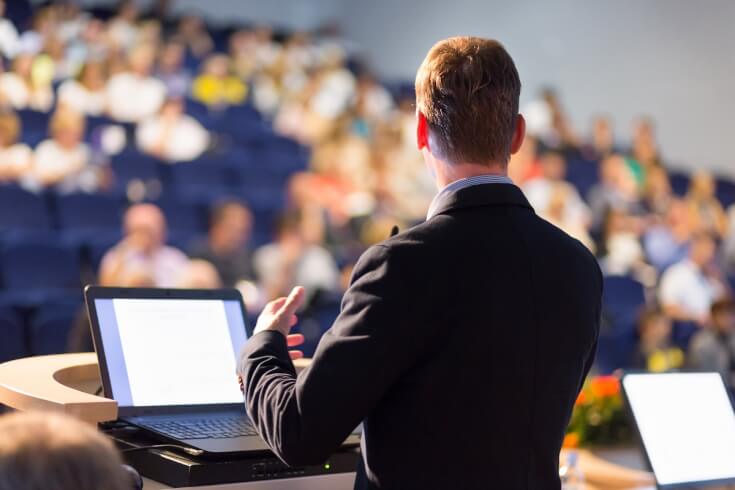 The events of 1989, which started on 17 November in Prague, led to key changes in most spheres of the society of what was then Czechoslovakia. Among other things, they allowed citizens to travel abroad freely, and they also opened Prague to thousands of experts from various scientific, industrial, artistic or business sectors, who arrived in the metropolis of Czechoslovakia to attend congresses and conferences.

The Velvet Revolution of 1989 was a historical milestone for the whole society, and it was immediately reflected in the revolutionary development of the congress industry in the capital of Czechoslovakia and later Czech Republic. While a total of 75 international association events took place in Prague from 1980 to 1989, the post-revolution decade there were 292 events which is about almost 290% more.

“The free market and free movement of persons undoubtedly contributed to the significant development of the meetings industry, and not only in Prague. Other well-known congress destinations in Europe also experienced growth at that time, but less striking than the Czech capital. For example, in Barcelona, the number of ICCA-compliant association events rose by 195.6%, in Vienna by 99.6% and in London by 23.3%,” says Roman Muška, Managing Director of the Prague Convention Bureau, and adds: “The meetings industry of Prague has been on the rise in the last two decades as well, which is of course partly influenced by more precise data collection. Based on current statistics, we expect Prague to welcome up to 18 times the number of events between 2010 and 2019 than between the pre-revolutionary years 1980 and 1989.”

The 30th anniversary of November 1989 and related events are the programme centre point of a number of specialist conferences in Prague. Already in May, the Institute for Contemporary History of the Academy of Sciences of the Czech Republic organized 100 Student (R)evolutions conference focusing on the key actors of the Velvet Revolution - then students - and their post-revolutionary fates. In September, the conference 1989 Revolution in Regions was held in the National Archive, followed in October by the 23rd annual Forum 2000 conference, which was founded by later president Václav Havel, who was a leading figure of the Velvet Revolution. This year's Forum 2000 dealt with the topic of Recovering the Promise of 1989. Another international conference, titled Democratic Revolution of 1989: Thirty Years Later, took place in the Senate of the Parliament of the Czech Republic at the beginning of November. Prominent foreign speakers who played an important role in the fall of the Iron Curtain accepted the invitation to the Czech Radio Conference Europe Without the Iron Curtain: 30 Years of Freedom. In the week of the culminating celebrations, thematic conferences are held at two Prague universities. At the Charles University, one conference focuses on the Czechoslovak Dissent and its Social Outreach, another on the International Student Day in the European Context, and the third on the Dialogue on the expectations of the Revolution and on aspects of the post-November development. At the University of Economics in Prague, the organizers focused on the Economic Transformation in the Czech and Slovak Republics from the Velvet Revolution to the Present and the Question of Future. This year's anniversary will be also commemorated by the December Prague Media Point conference with discussion on the post-November development of Czech media, and its importance for the development of freedom of speech and democracy.

Information on these and many other conferences reminiscing November 1989 is available in the Prague Convention Bureau events calendar.