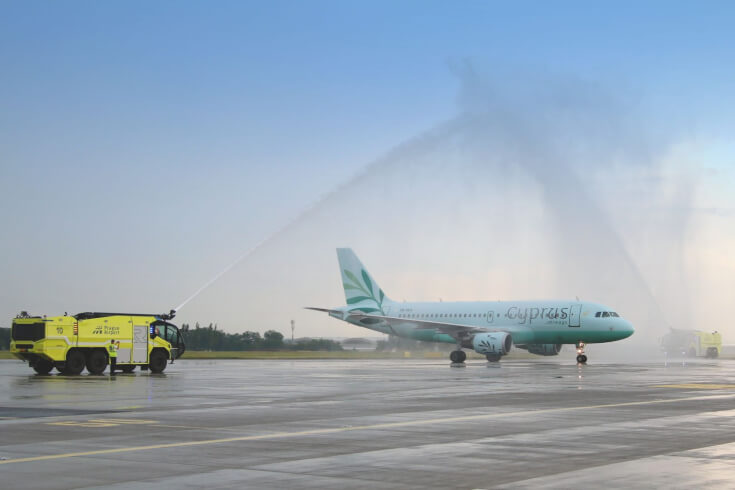 The carrier will operate its new route during the summer season from 1 June to 28 October 2018, with the second frequency added a month after the route launch, i.e. on 2 July 2018. Both weekly flights will then be operated with Airbus A319s for 144 passengers.

The flight departed from Larnaca after 11:00 in the morning and landed in Prague at 13:40. Prague Airport welcomed Cyprus Airways aircraft with the ceremonial water cannon salute and welcomed the official guests and passengers at the Gate, with the airport's traditional ribbon cutting.