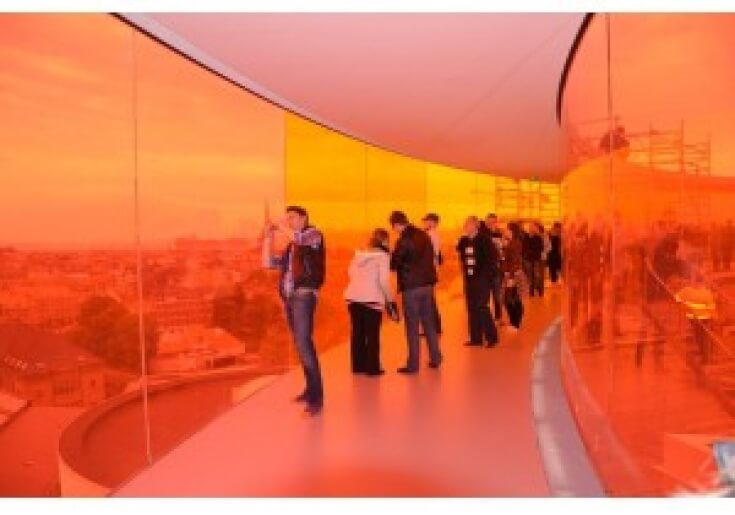 Denmark’s second city and European Capital of Culture, Aarhus, is ready to welcome thousands of Czech and international visitors with a mouth-watering programme of arts, exhibitions and experiences, when Czech Airlines launches its new route from Václav Havel Airport Prague to Aarhus Airport on 11 May.

The move is well-timed as the cultural season in Aarhus moves into top gear with a feast of highlights on offer every day over the summer. Aarhus is truly a cultural metropolis and famed in Denmark for its creative environment, fascinating museums and popular festivals.

The ARoS art museum is one of the largest and finest art museums in Scandinavia, and the roof of the building offers an unmissable circular walkway above the city and harbour called Your Rainbow Panorama by Danish-Icelandic artist Olafur Eliasson. The award winning Old Town, a stone's throw away, offers an amazing journey through the evolution of our welfare society. The nearby Botanical Garden is an oasis with its rich diversity of tropical plants from around the world.

Aarhus is one of the oldest cities in Scandinavia, founded by Vikings more than 1,200 years ago. The Moesgaard Museum, noted for its impressive architecture, provides visitors with a wonderful insight into this story. The city has Denmark's youngest population and the highest concentration of students in Denmark. This is reflected in the special atmosphere, vibrancy and energy that is felt everywhere in the city and in its many cafes.

With four Michelin-starred restaurants, Aarhus is a world-class gastronomic centre where you can enjoy freshly caught fish and lobster from Aarhus Bay, potatoes from the island of Samsø, as well as sorrel, wild garlic and other tasty ingredients from local producers. Prior to 2017, Aarhus was also simultaneously named as European Gastronomic Region.

With the new Czech Airlines route, Aarhus and the 2017 European Capital of Culture is just a couple of hours away from Prague. Initially, Czech Airlines will fly to Aarhus four times a week from Václav Havel Airport Prague.