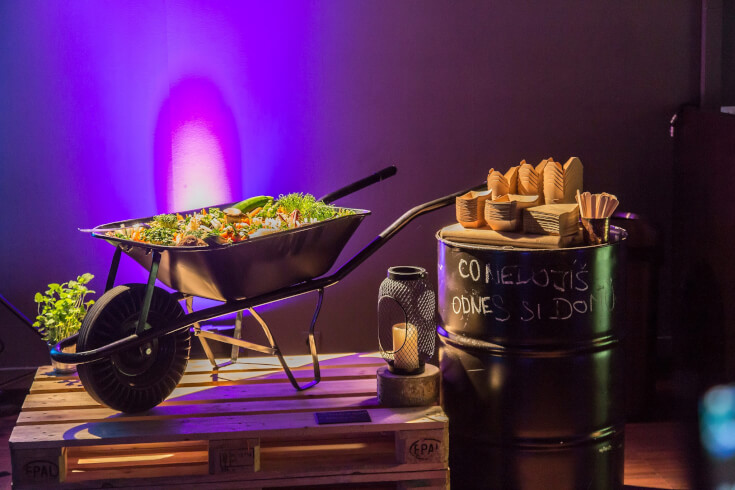 According to the recently published results of the already ninth edition of The Global Food Security Index (GFSI) of The Economist - the British weekly periodical, the Czech Republic placed fifth in the ranking of food availability, quality or safety. In addition, the ranking, which compared 113 countries this year based on a set of 59 unique indicators, also focused on natural resources, their status or impacts and risks related to climate change.

It was the state of natural resources in the Czech Republic that was evaluated very positively in the index. While the proportion of degraded land in the world is around 20% on average, in our country it is only 6% of the land that is degraded, e.g. eroded or contaminated. The mild climate of our territory or politicians' interest in the topic of food safety are examples of factors that contributed to the high ranking. Diversity in local dishes was also evaluated above average. Other strengths (i.e., indicators in which the Czech Republic scored higher than 75 points) included, for example, a very low percentage of people living below the poverty line, agricultural advancement including investment in research and development, or the availability of financial resources and services for farmers.

The good results of the Czech Republic in the index are also reflected in the approach of Prague catering companies, which, as part of their initiatives, focus on local sources of raw materials, waste reduction and waste-free policy. For example, Zátiší Catering, when preparing refreshments for events, pays a lot of attention to selecting such suppliers who meet the conditions of suitable soil cultivation and approach to natural resources, seek  and prefer local growers and breeders, and respect the seasonality of individual raw materials. Meals can be prepared fresh on site, without the need of long-distance transport and preparation of semi-finished products. "In addition to carefully selecting suppliers, we also try to prevent water waste in the food production and then in dish washing and cleaning, and by using tap water we also reduce the amount of waste. We focus on recycling and use compostable and recyclable dishes. In addition, we also have our own garden called Urban Farm, where we grow herbs, which we then use when preparing food and beverages. At some events, which are based on sustainability in their entire concept, no food is wasted: guests can take way what they do not eat on site," adds Jan Šmelhaus, Managing Director of Zátiší Catering. International event organizers, who pay attention to the quality, freshness of food and sustainability of events as such, will certainly find a wide range of services in Prague and the Czech Republic that meet their demanding requirements.

Four European countries came ahead of the Czech Republic, which had a score of 78.6 points: Finland (85.3 points), Ireland (83.8 points), the Netherlands (79.9 points) and Austria (79.4 points). Very closely behind them was the Great Britain with 78.5 points and Sweden with78.1 points. The top ten countries also include Israel, followed by Japan and Switzerland. Germany, with which the Czech Republic is often compared regarding food quality, placed 13th, while our Slovak neighbours were 40th. The complete results of all evaluated countries can be found here.