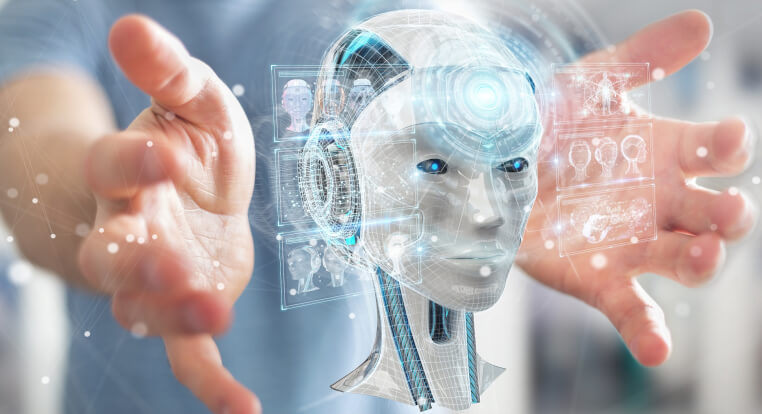 Beginning of 2021 marked an important anniversary for Czech and international linguistics. Experts, fans, as well as general public who follow the development of artificial intelligence have been using the word "robot" for an incredible 100 years. This word dates back to the era Czechoslovak Republic and was first used by none other than the acclaimed Czech writer Karel Čapek in his drama R.U.R. (Rossum's Universal Robots), which was translated into 30 world languages.

In the 1920s, the author was overwhelmed by the fear of emergence of artificial intelligence, thus Čapek's drama warned the readers of his times of hasty progress, which, despite initial enthusiasm, can lead to the destruction of mankind. A century has passed since Čapek presented his vision - what is the reality today? Most of us use robots and artificial intelligence in various forms on a daily basis, either to make work easier or as a source of our entertainment.

However, the word robot, which is derived from the archaic term for labour - "robota“- is not the only Czech contribution to the fascinating world of robotics. The Czech Republic boasts many successes in this field and is an inspiration for the further development of robotics and artificial intelligence around the world.  Among other things, the Czech Institute of Informatics, Robotics and Cybernetics (CIIRC) at CTU (Czech Technical University) spread the fame of Czech robotics around the world. For example, the CTU team was the only one in the world to receive additional funding in a robotic competition of the AMERICAN government agency DARPA. The chatbot of another group of students from the same university then occupied the notional medal ranking of the worldwide Amazon competition. Czech students are regularly placed at the top of this competition.

In 2019, a new PRG.AI initiative was launched. It aims to present Prague as a centre of world artificial intelligence by connecting students, educators, scientists, entrepreneurs, investors and many other stakeholders for the purpose of active cooperation, support of research and development of AI products and services.

Expert conferences and congresses, which provide the exchange and sharing of the latest trends and knowledge, also contribute to the further development of the field. One of them is undoubtedly the World Congress of Intelligent Systems and Robots (IROS), which, if the situation permits, should take place in Prague in September 2021 and whose originally expected participation exceeded 3,300 delegates. Libor Přeučil, CSc., representing the aforementioned CIIRC, became an ambassador of this congress, who also won an award for his candidacy for this congress in 2017 at the Ambassador Awards Evening of the Prague Convention Bureau.

Prague's regular events include the annually held Robotics Day. It takes place every June at the Prague Congress Centre. During this event, presentations of various robotic projects and companies engaged in this field take place. Due to the coronavirus pandemic, Robotics Day was cancelled in 2020 and its 2021 event has not yet been confirmed.

Despite the global pandemic, however, Prague has seen another global event focusing on the industry, which annually takes place in the city. This year, Machine Learning Prague, which was cancelled in 2020, adapted to the current situation and took place with the help of online technologies. The event thus lost the possibility of personal on-site interaction and other advantages associated with the participants' presence at the venue, but at the same time, online connection also brought some advantages, such as the fact that the Machine Learning Prague conference could be attended by thousands of experts from all over the world. The event welcomed 45 speakers and provided space for mutual cooperation through a hackathon and ten workshops. Pepper, the robot focusing on human interaction, that can respond to the mood or age of the person with whom it communicates, was introduced at one of the workshops.

We should also not forget another regular Prague conference - CyberSec&AI, which deals with cybersecurity and use of artificial intelligence in this field. Even in cybersecurity, the Czech Republic is one of the top destinations. World-famous antivirus companies such as Avast, the organizer of the CyberSec&AI, and AVG Technologies were created here.

This is just a brief list of expert events dedicated to robotics and artificial intelligence in Prague. However, this topic does not only resonate among experts, but also among general public. Czechs are duly proud of the word that gave name to the world-famous scientific field, as shown by the list of upcoming cultural events. It was the Czechs who came up with the idea that artificial intelligence could write its own theatrical play. This very bold vision became a reality on 26 February 2021. Theatrical production of Prague's Švanda Theatre „AI: When a Robot Writes a Play" that was, due to the coronavirus pandemic, presented online, takes another imaginary step in the development of Czech artificial intelligence.