Educational seminar for representatives of Charles University was held at Karolinum 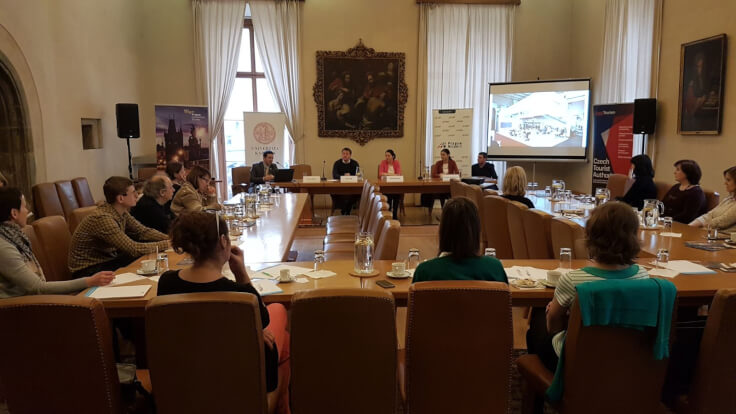 On Wednesday, March 22, 2017 the first seminar on "Why and how to run a candidacy for an international congress or conference in Prague" was held in the historical premises of the Small Auditorium of Karolinum, with the direct support of Charles University rector Prof. Tomas Zima.

25 employees of various faculties who have an interest in bringing an international congress or conference related to their field to Prague attended the seminar. Roman Muska - Prague Convention Bureau Director - presented the PCB activities, Markéta Růtová, who is responsible for PCB Ambassador Program, outlined its principles and accomplishments, also Tzveta Morawski Kambourova talked about the specifics of support for the congress ambassadors. Among the speakers was also Petr Kuklík of the Czech Convention Bureau. Prague Convention Bureau and Czech Convention Bureau are among the organizations that provide free so-called incentive support. This includes financial and non-financial assistance, for which the event organizers can apply.