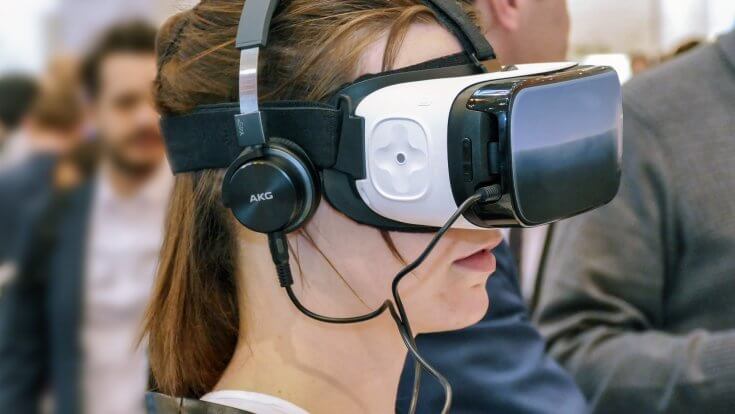 Prague is not only a historical jewel, but it is also a destination offering various ways of applying modern technologies, such as virtual reality, to practice. It has already become a part of everyday life, as shown by the ever-increasing number of subjects and activities concentrating on the virtual reality. This article presents a small sample of the most attractive virtual reality experience available in the Czech metropolis.

From 10th to 12th May 2018, the Czech VR Fest took place at the Czech Institute of Informatics, Robotics, and Cybernetics (CIIRC) in Prague. The second edition of the virtual reality show was organized by the Association of Virtual and Augmented Reality (AVRAR). Just as the association, founded in 2017, is based in Prague, so are its member entities: a great majority of the AVRAR’s more than 20 members are located in this city.

Visitors and residents of the capital city had an opportunity, thanks to the technology of virtual reality, to transfer themselves to the world of Franz Kafka and his short story titled Metamorphosis earlier this year. The MetamorphosisVR project, which was created by the Prague Film School team for the Goethe Institute, allowed the visitors to experience the main storyline of the book. Another project based on virtual reality connected with historical Prague is the Golem VR adventure game. The game has been available for players in one of the toy stores in the city center since early May. The legend about the famous Golem of Prague was brought to life by the local development studio DIVR Labs.

The development of virtual reality in Prague thrives not only thanks to a great number of start-up companies and the Czech Technical University (ČVUT), which includes the CIIRC, but also to other scientific and educational institutions. Among others, for example, the University of Chemistry and Technology, the Academy of Sciences - ELAI BEAMLINES or the VUPI - Research Institute for Entrepreneurship and Innovation.