From Record Rise to Record Decline: Impact of Crisis Measures on Prague Meetings Industry is Enormous. 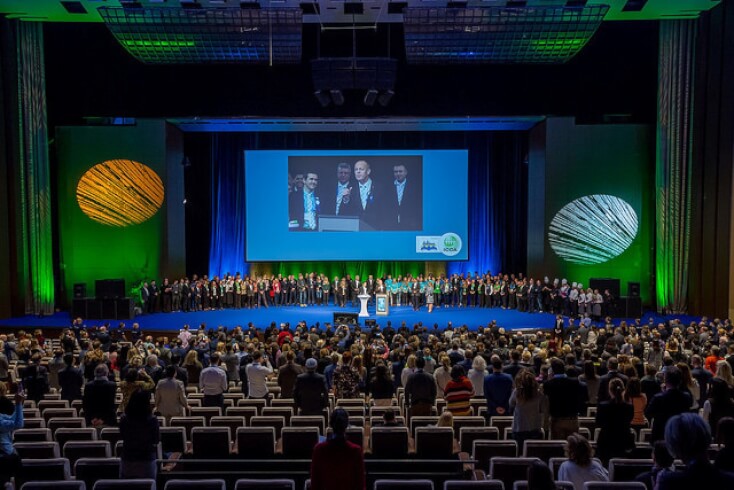 Prague meetings industry is an essential part of the Czech capital city’s and country’s tourism, as well as of their economy. Based on an analysis conducted by KPMG for the Prague Convention Bureau in 2017, the meetings industry accounts for 15% of the overall tourism industry in Prague. At the same time, it is also the sector most affected by the crisis that incurred from the COVID-19 disease outbreak. According to the latest study by the Economic Impact company, revenues in multiplication may drop by more than 20 billion crowns in 2020. This represents a decrease of 74%, when compared with expected sales in case the emergency situation had not occurred.

The meetings industry, which is characterized by its greatly international nature, came to a halt immediately after the first information about the new virus occurrence in several countries had spread. Necessary measures adopted by governments, not only in the Czech Republic, included banning mass gatherings, among them the business ones, as the first step. These restrictions are expected, at the same time, to be lifted as the last.

According to data from the International Congress and Convention Association (ICCA), the Prague meetings industry has long been generating around 80% of the entire Czech Republic‘s performance in the field of international association events. At the same time, it is an important sector in terms of employment, as it would, under standard circumstances, generate 8,500 full-time jobs in Prague this year. In case the restrictive measures relating to mass events continue, the loss of up to 6,200 of these jobs can be expected in 2020. At the same time, consumption in the sector would go down from the originally expected 13.5 billion to 3.5 billion crowns. For the public budget, this would represent a drop in revenues by almost 73% to only 1.5 billion crowns.

Before the crisis, the Prague meetings industry was on the rise for a long time. For several consecutive years, the Czech capital has maintained its position among the world’s TOP 10 meeting destinations. In 2019, it has ranked ninth on the list, joining destinations such as Paris, Berlin, Barcelona, ​​London, Vienna and Singapore. In addition, Prague has also recorded a steadily growing number of events. In 2019, according to data from the Czech Statistical Office, the number of conferences in collective accommodation establishments in Prague broke another record. A total of 5,668 events took place in the city, a quarter more than in 2018 and, at the same time, the highest number since 2009. The Prague meetings represent not only a key economic, but also a socio-scientific benefit for the country and its inhabitants.

"The future development of Prague meetings industry and all the benefits resulting from it will be significantly influenced by the government's approach to supporting this sector and the entities operating in it in the coming years. There are various differences between the meetings industry and the leisure tourism, among them the highly distinctive means of meetings‘ support: whether it is grants for event organizers, discounted public transportation or other non-financial support from the destination," says Roman Muška, managing director of the Prague Convention Bureau. With regard to the fact that, according to the long-term statistics of Prague Convention Bureau, more than 50% of events held in Prague are international, the further development of the meetings industry also depends on the situation abroad. That means, in particular, travel conditions and restrictions remaining in place in the USA, Germany, Great Britain or France - countries that were the most common source markets for Prague congresses and conferences in 2019.