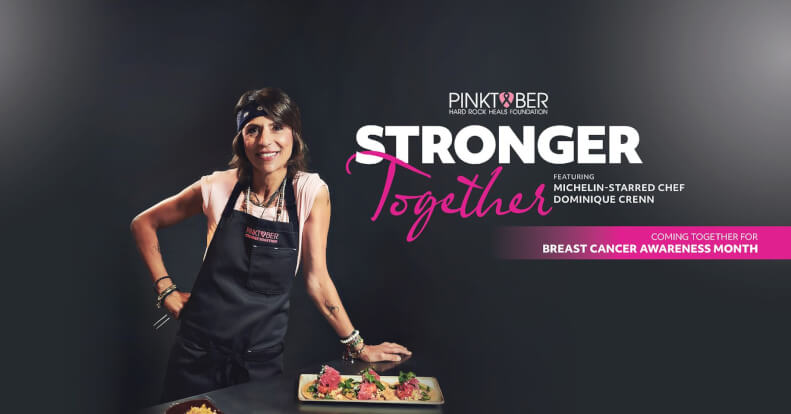 Hard Rock International continues to support breast cancer awareness and research through its 23rd PINKTOBER charity campaign. Hard Rock Cafe Prague will be participating in fundraising efforts throughout the month of October to support the Women's Breast Cancer Alliance this year. Guests can make a donation by purchasing limited-edition merch, as well as a menu prepared by Michelin-starred chef Dominique Crenn. Pinktober will culminate with a charity concert at the end of October.

"At the Hard Rock Cafe Praha, we are proud to continue supporting those affected by breast cancer, from current patients and survivors to their caregivers and loved ones," says Martina Lednová, General Manager of the Hard Rock Cafe Praha. "At the same time, this year we are very happy to be able to support the Alliance of Women with Breast Cancer and their clients who need the support."

Hard Rock Cafe Prague will be selling special merch including a pin, cap and T-shirt until the end of October. Ten percent of sales will go to the Breast Cancer Alliance for Women. Guests will be able to order a special limited menu of shrimp tacos and a typical Mexican Paloma tequila drink prepared by French Michelin-starred chef Dominique Crenn. A portion of the profits from the sale of the food and drinks will also be donated to the foundation. The campaign programme includes a concert of singer Andrea Kalousová, which will take place on 25 October at 7pm. Admission will be voluntary and HRC will also donate all profits to the Breast Cancer Alliance for Women.

Over the past 22 years of the Pinktober campaign, the Hard Rock has donated millions of dollars to breast cancer research. Last year, Hard Rock raised more than $700,000, the largest amount the company has raised since the programme's launch in 2000. 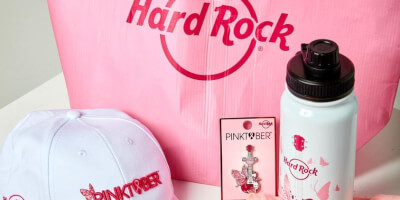