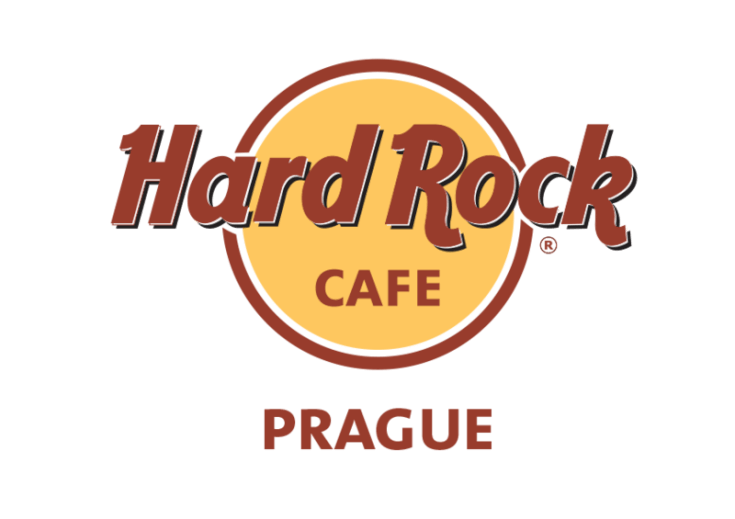 Many local fans along with the city visitors, business partners, Reward members and influencers came to celebrate. The band played favorite Roxette songs with the singer giving a birthday speech and cutting the cake for all party guests. Vibrant atmosphere was amplified with balloon decorations and a 3-storey birthday cake in a rock and roll design. Here is to amazing 10 rocking years!

HARD ROCK CAFE PRAGUE
Est. April 3, 2009
Located on the River Vltava in central Bohemia, Prague has been the political, cultural, and economic centre of the Czech state for more than 1,100 years, with a metropolitan area that is home to an estimated 1.9 million people. Prague is widely considered to be one of the most beautiful cities in Europe, and as such, is among the most visited cities on the continent. Hard Rock Cafe Prague is located amongst all this beauty in the heart of old Prague less than 50 meters from the famous Old Town Square.

A Stunning European Cafe
Hard Rock Cafe Prague, one of Europe's largest Hard Rock Cafes, is situated in the four-story V. J. Rott building, which features a beautifully decorated neo-Renaissance façade with colorful frescos. The 1,900-square-meter cafe is spread across three levels and a basement, and includes three vibrant bars, a Rock Shop®, and a unique compilation of memorabilia from Hard Rock’s world-famous collection. Our Prague cafe stands out amongst other Hard Rock Cafes thanks to the stunning, guitar-shaped chandelier that hangs in the center of the atrium, which was custom made just for our cafe and is 5 meters wide. 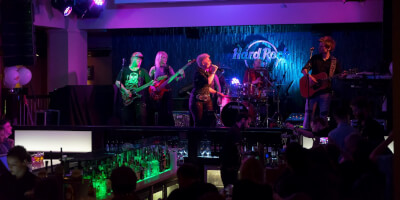 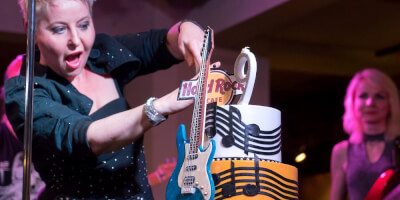