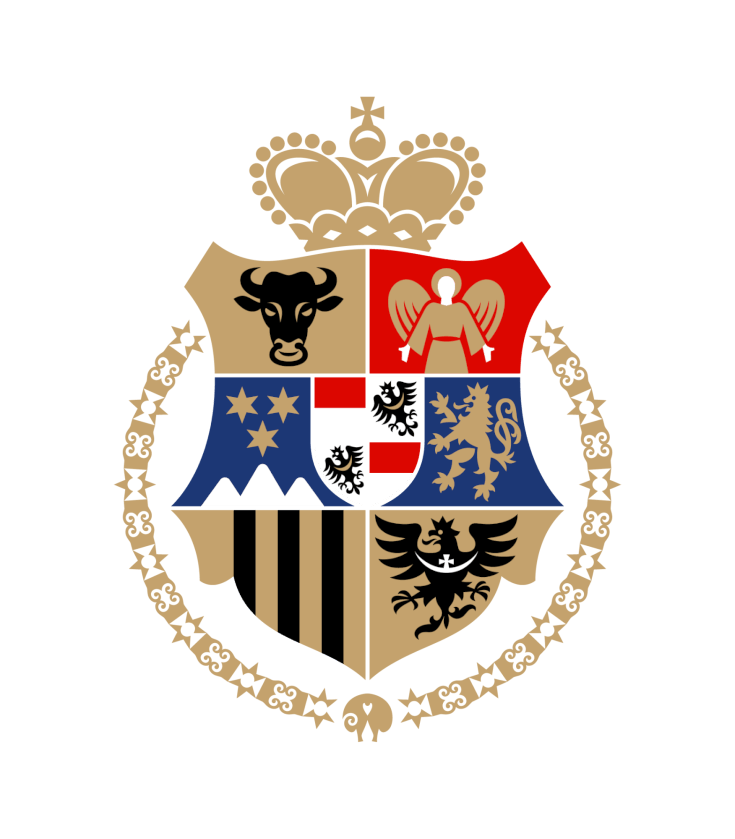 All cultural sites and divisions of House of Lobkowicz, including the Lobkowicz Palace at Prague Castle, Nelahozeves Castle, Roudnice Castle, Střekov Castle, and the Lobkowicz Collections, will adapt to an updated visual identity starting 2022.

The new logo’s designer, the renowned Studio Najbrt, designed the visual rebranding of the International Film Festival in Karlovy Vary and the National Gallery in Prague, among other examples.

The Lobkowicz coat of arms and other associated symbols influenced the design of the new logo. Featuring all original heraldic elements, the coat of arms is enhanced by a decorative chain with a ram fleece, a reference to the prestigious Order of the Golden Fleece. Throughout history, many members of the Lobkowicz family were awarded the Order of the Golden Fleece for their political service. The logo, available in color or monochrome, is accompanied by the inscription, “House of Lobkowicz.”

“We are really excited about the new logo. It’s beautiful, modern, and at the same time reflects the centuries-old history of our family. Studio Najbrt did a wonderful job,” says William Lobkowicz, who oversees House of Lobkowicz.

Experts from Studio Najbrt collaborated with heraldry specialists, historians, and curators to prepare for the design of the logo. Graphic designer Aleš Najbrt and his colleagues also personally visited the Lobkowicz Family Archives at Nelahozeves Castle and viewed the many renderings of the Lobkowicz coat of arms across the centuries.

“We were honored to participate in the creation of a new visual identity for such an important Czech family as the Lobkowicz family. The values they represent go beyond the normal perception of the brand, and therefore it was necessary to approach the creation of the logo with great respect and seriousness,” says Aleš Najbrt.

The rebranding of House of Lobkowicz will take place over the course of the next two years. However, during the first half of 2022, visitors to Lobkowicz sites will already be able to notice the new logo in many places.

“We will start using it immediately in everyday communications. And where, for example, we are preparing new signage or an orientation system at castle locations, we will of course work with the new logo,” adds Jan Pavelka, Director of Communications at House of Lobkowicz. Lobkowicz Collections, Lobkowicz Events Management, L.E. Holdings, and the Roudnice Castle Winery are represented under this brand. The logo for the U.S. non-profit Friends of the Lobkowicz Collections has also been adjusted under the rebranding of House of Lobkowicz.