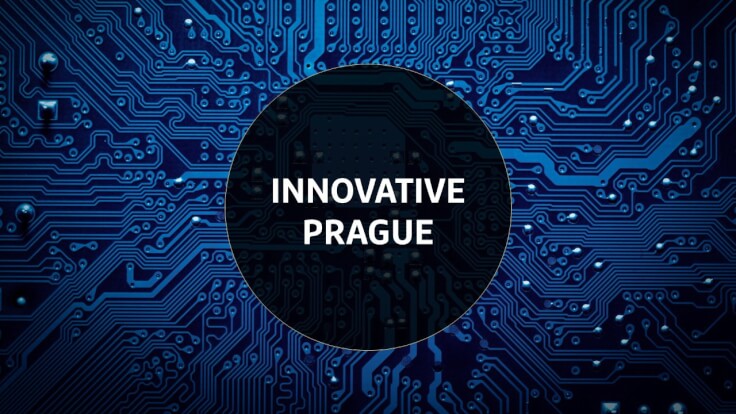 Prague is not only an amazing historical city with a wealth of monuments, excellent gastronomy, cordial residents, and a wide range of events. It is also a modern and innovative science hub. Prague excels in many fields, such as artificial intelligence and robotics, biomedicine, low-carbon technologies, data technologies and selected creative industries, providing ideal opportunities for holding conventions and conferences with the matching topics. In our new summary, you will find the most important things that have happened in these fields in connection with the meetings industry.

For the fifth time, Prague will host the largest national festival of space activities, the Czech Space Week, which will among other things present novelties that move the space industry in the Czech Republic from 28 November to 2 December. The programme composition targets companies, investors, startups, as well as for students, children, and other fans of space. Together with the Czech Space Week, the Prague Congress Centre will also host the Czech Copernicus User Forum, which has been held regularly since 2012, and Space2Business, which is an official event of the Czech Presidency of the Council of the European Union.

Prague as one of the Leading Scientific Centres

Prague City Hall strengthens its cooperation with the Academy of Sciences of the Czech Republic. This connection should contribute to the development of the city's innovative infrastructures, while increasing the city's potential as one of the leading scientific centres in Central Europe. In the first phase of cooperation, efforts will be targeted on deepening the integration into the European research area, increasing the efficiency of the implementation of scientific results in the field of industry and the application sphere, and ensuring stable functioning infrastructures in the field of research and development. Partial strategic goals of the city in the field of active employment policy, ecology, and environmental protection, as well as the concept of incorporating the cultural traditions of the region and research into its cultural-historical legacies, will also be monitored.

From a Local Antivirus Company to a Global Player

Antivirus company Avast, which was founded in Prague almost 35 years ago (in 1988) and subsequently grew into a multinational company with 430 million users, has completed its merger with NortonLifeLock Inc.; the new project is known as the Gen. However, Prague does not lose anything with the merger, quite the contrary. One of the company's two headquarters, specifically the one for development and technology teams, will remain in the Czech capital. "Gen is undoubtedly the largest global software company with R&D headquarters in the Czech Republic. I think this is really good news for the Czech Republic, because we will be working on state-of-the-art technologies on a large scale, including artificial intelligence, decentralized identity systems and the latest trends in cybersecurity, such as protection against algorithmic manipulation and other cognitive threats," explains Gen President Ondřej Vlček.

During the recently held Signal Festival, the Czech Technical University presented its robotic dogs, spiders and other robotic devices in the courtyard of the Faculty of Electrical Engineering campus. The aim of the presentation called Forum Robotum was to demonstrate to the general public how the robots perceive their surroundings and how they interact with it. As the Signal Festival is a festival of lights, the creators of the robots attached luminous rafters to their bodies, which visitors could control with their movements and change their colours.

Previous issues can be found here.