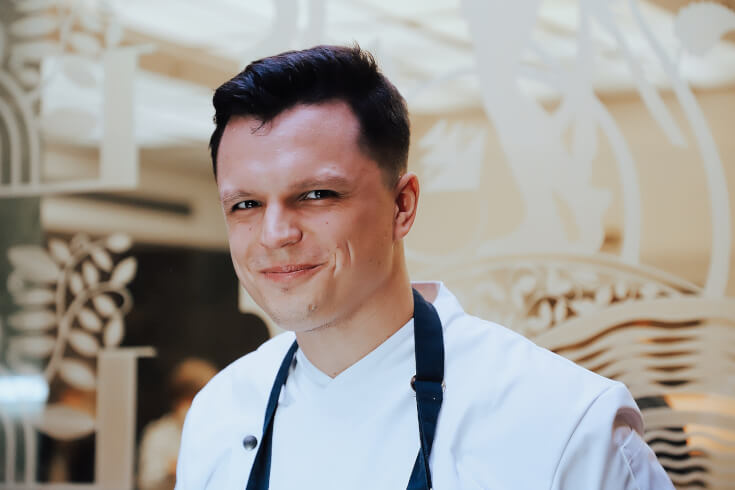 Lukáš Hlaváček is another successor in culinary history, which, thanks to its background and rules, gave birth to the stars of czech culinary scene.

Lukáš Hlaváček started 7 years ago at the Alcron Hotel alongside Roman Paulus. Then he began to gather Michelin experience, which no one in the Czech Republic has at such a scale. During each of his stints, he worked his way up to Chef de Partie or Sous Chef. Incredible humility and dexterity, otherwise it is not manageable in such a short period of time and with such a great career progression. First St. James's  Hotel and Club ***** with one Michelin star for two years. Then London again, The Ledbury with two Michelin stars and the last stint was a year spent in California in the Meadowood restaurant, which boasts three Michelin stars.

His handwriting is recognizable and cannot be confused. Technologically perfect cooking from the freshest ingredients, which are not imported over half the world. “With my arrival, a completely different mindset occurs in the gastronomy of the Alcron Hotel. Perfection on a plate underlined by a real story that will captivate everyone," adds chef Lukáš Hlaváček.