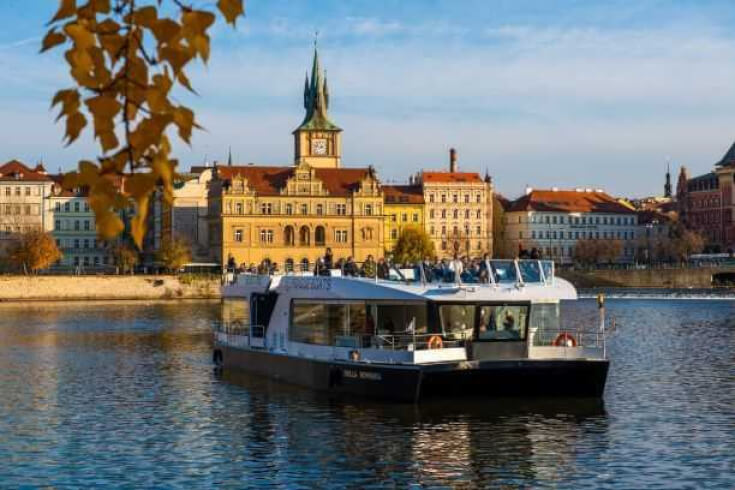 The very first fully-electric pleasure cruise boat has come to Prague! The Bella Bohemia is another member of eco-friendly flotilla of PRAGUE BOATS, whose operation is silent and emission-free.

It got its name, the Bella Bohemia, in line with our company tradition in recognition of our country, and has thus joined our line of “Bohemia” ships. These include our other modern, eco-friendly ships, such as the Agnes de Bohemia, Bohemia Rhapsody, and the Grand Bohemia, which PRAGUE BOATS christened last summer.

After a trial run, the Bella Bohemia will be gradually incorporated into our sightseeing cruises. Thanks to its panoramic windows and open upper deck, it offers gorgeous views of the surrounding monuments, such as Charles’ Bridge, Prague Castle, the National Theatre, Dancing House, and Vyšehrad. Year-round operation is possible thanks to air conditioning and heating.

The Bella Bohemia is among our flotilla’s mid-sized ships with a length of 25 m, but its total capacity of up to 250 people is also impressive.

Its home base will be at Kampa dock. 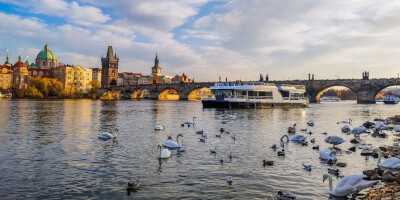 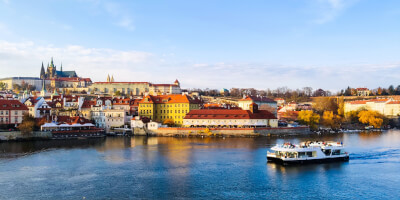