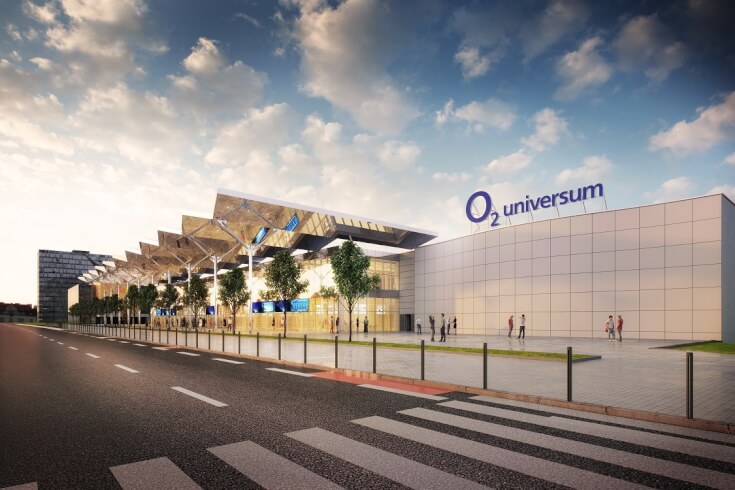 “We are pleased that after about 20 months of the construction process, we have received a final building approval without major complications. Now the construction will be taken over from the contractor, then we will be subjected to make test and finally open and the end of September,” says Robert Schaffer, the chairman of board and CEO of Bestsport company and O2 arena. “After the completion, the O2 arena and O2 universum complex will be given a new dimension – thanks to the interconnection on all four planned floors, we get space for up 28 000 visitors with plenty of exhibition space, restaurants of all categories and almost unlimited possibilities for any space arrangement according to the client’s wishes,” he adds.

The new complex which is directly linked to the O2 arena from the south has four floors and total area of almost 50 000 m2. It will have 21 halls of different sizes at disposal in total capacity of 10 000 visitors. The largest hall with a capacity of up to 4.5 thousand people will be used as a space for organizing medium-sized concerts and sporting venues. On every floor of the complex there will be created 13 000 m2 for exhibitions and commercial use. The project is based on the proposal of ATIP company, the architects Martin and Vladimír Vokatý. The construction budget was about 1.3 billion CZK.

O2 universum should serve as a modern centre especially for the organization of large international congresses and corporate events. In the fall 2020, the World Congress of Anaesthesiologists will be held there.

Although the building of O2 universum is in the final stage, the noise in the vicinity of O2 arena will not be silent – the construction of a new hotel, which will complete the entire complex, has started in recent days. “We have already noticed demand for accommodation capacity, especially for foreign concerts and major sporting events. When we add the country’s largest congress centre to the existing arena, connecting the hotel to the two building is a logical step,” says Schaffer.

The four-star hotel will offer 300 rooms and seven conference rooms for 15-300 people. The hotel restaurant will have a capacity of 270 seats. The opening of a new modern hotel is scheduled for the year 2021. 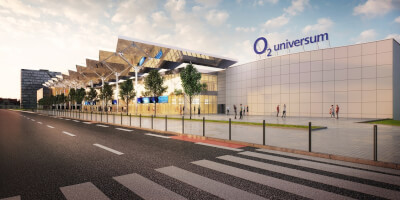