Multifunctional Cultural and Congress Centre O2 universum will be Opened 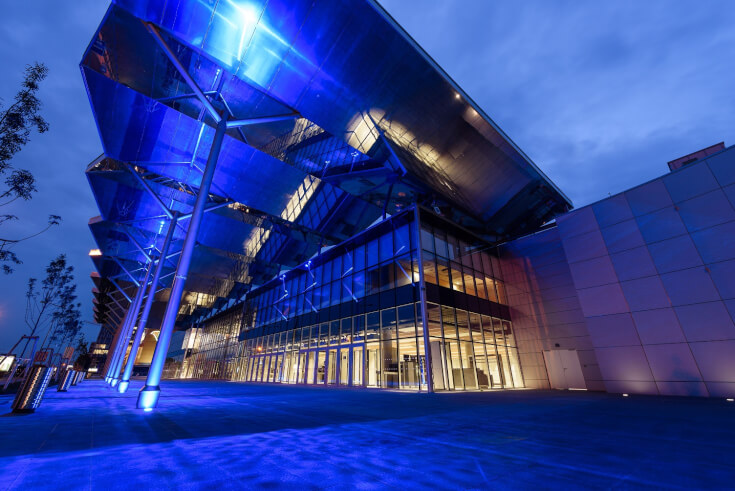 On 26th of September, the new multifunctional cultural and congress centre O2 universum will be opened in Prague. Bestsport company, which owns and operates the O2 arena, has completed construction of a complex that is directly linked to the largest Czech multifunctional arena. The event to open O2 universum will be a concert of Czech band Kabát – benefits from the concert's proceeds will go to Give Children a Chance foundation.

“Two years after the first construction work began a complex that is unrivaled in the Czech Republic but unique in comparison with prestigious multifunctional complexes around the world was completed,” says Robert Schaffer, the chairman of board and CEO of Bestsport company and O2 arena.

The multifunctional centre was built in the so-called “small arena”, which was built at the same time as O2 arena during the years 2003 and 2004. At that time, it was meant as a second training arena for the 2004 IIHF World Ice Hockey Championship. Other areas for sport and commercial use were to be available. At the time of the O2 arena construction, however, the completion of the so-called “small arena” stopped and the space was preserved in the form of a rough structure, used only for storage purposes.

The new complex which is directly linked to the O2 arena from the south has four floors and total area of almost 50,000 m2. It will have 21 halls of different sizes at disposal with total capacity of 10,000 visitors. The largest hall with a capacity of up to 4.5 thousand people will be used as a space for organizing medium-sized concerts and sports venues. On every floor of the complex there will be 13,000 m2 space created for exhibitions and commercial use.

O2 universum should serve as a modern centre especially for the organization of large international congresses and corporate events. The construction budget was about 1.4 billion CZK.

“Thanks to numerous entrances and segmentation of the building, O2 universum can serve very well for conferences and corporate meetings for several hundred participants, as well as after connection of all the premises it is suitable for congresses with several thousand participants. Finally, after connecting the existing O2 arena on all four floors, we get space for up 28,000 visitors with plenty of exhibition space, several restaurants of all categories and almost unlimited possibilities for any space arrangement according to the client’s wishes,” Schaffer adds.

O2 universum will be opened after 15 years since the O2 arena’s opening.  “We are very pleased that instead of the so-called small arena, the investor finally decided to build the modern congress center in Europe, which is uniquely connected to O2 arena. It is an example of the revitalization of a former brown field area,” says Tomáš Portlík, the first deputy mayor of Prague 9.

The project is based on the proposal of ATIP company, the architects Martin and Vladimír Vokatý. “O2 universum takes over its architecture from the O2 arena, only the main entrance had to be accentuated in some way in order for the building to fulfill the dominant function in the entire Českomoravská street. By pulling out the entrance awning and using the ‘mirror’ effect, the building has a very interesting expression for both passing cars and visitors standing in front of the main entrance to the O2 universum. The big challenge was to solve the acoustics so that the individual halls did not influence each other and they could run different events at the same time. It also succeeded very well,” says architect Martin Vokatý.

The entrance to the complex has an attractive appearance – the front façade is glazed and the original awning protects the visitors from the weather just in front of the entrance. Preciosa Lightning’s dynamic installation is excluded in the lobby. It extends over 220 meters and consists of 650 hand-blown balls. The balls have different colour, decors and fine details. “We are pleased to see the trend towards the use of interactive and dynamic lightning for the hospitality segment and other public spaces,” said Jan Volšík, Global Sales and Marketing Director of Preciosa Lightning. “The installation at O2 universum is engaging and unique. Dynamic lightning can easily be added to many lightning installations and giver interior designers an additional opportunity to create spaces that connect people.”

Although O2 universum is not opened yet, interest in it from the perspective of promoters and performers has been extraordinary in recent months. Take a look on the full program to prove it. 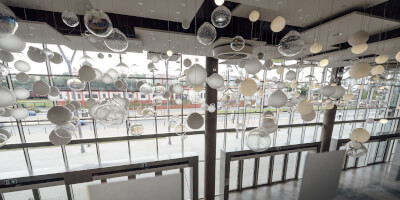 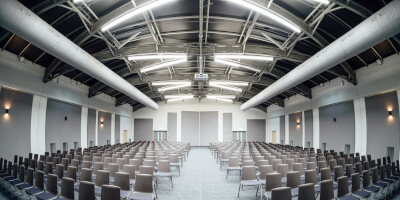 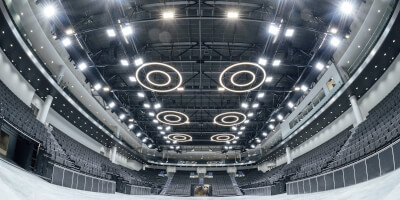 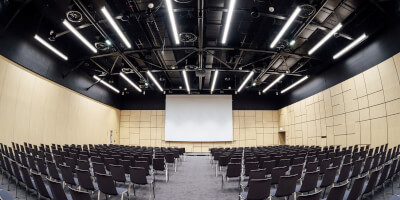 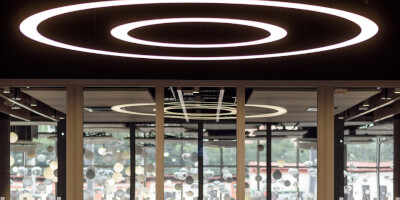 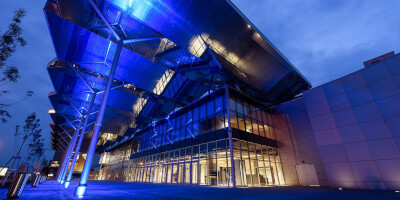