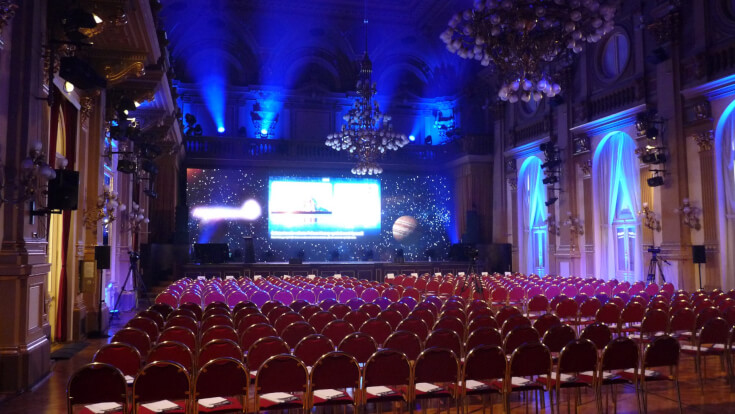 First symposium to be held is 31st Texas Symposium on Relativistic Astrophysics which will be followed by 10th HbbTV Symposium and Awards in the beginning of November.

Since 1978, the Texas Symposium has been one of the major meetings on Relativistic Astrophysics. Traditionally, it moves around the globe and takes place in different cities every 2 years. Bohemia (Czech Republic) has always had a rich cultural and intellectual history. In the context of physics, astronomy, and gravitation theory, Kepler, Doppler, Mach, and Einstein, among others, made their discoveries here. In 2022, this historic tradition will be complemented by a Texas Symposium coming to Prague’s National House of Vinohrady from 12th to 16th November. The conference is organized by the Prague Relativistic Astrophysics Group at the Astronomical Institute of The Czech Academy of Sciences.

The 10th HbbTV Symposium and Awards will take place in Prague, Czech Republic, on November 9 and 10, 2022 in the beautiful premises of the Natonal House of Vinohrady. The annual key summit of the connected TV industry, targeting platform operators, broadcasters, advertisers and adtechs, standards organisations and technology companies, will be co-hosted with the Czech Association of Commercial Television (AKTV).

“After last year’s very successful 9th HbbTV Symposium and Awards in Paris, attended by around 180 visitors, we are excited about holding our next event in Prague, reflecting the important role and increasing significance of the HbbTV standard in Central and Eastern European countries. The move also values the strong engagement of local market players in launching large-scale, innovative HbbTV services,” said Vincent Grivet, Chair of the HbbTV Association.