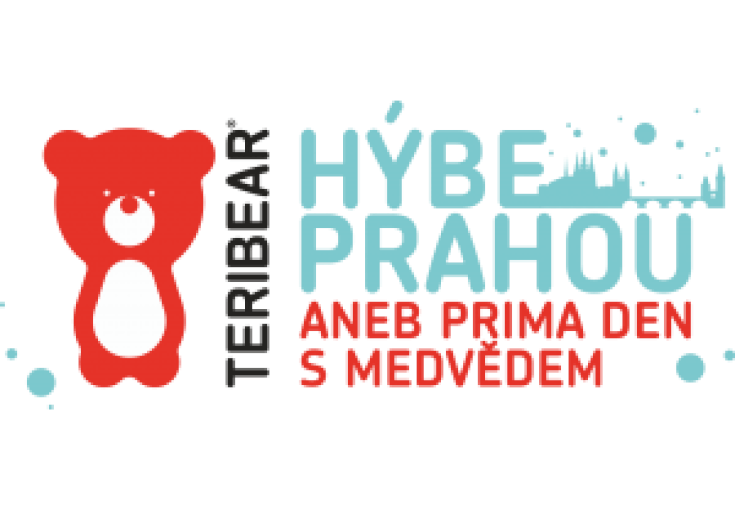 Prague´s popular relaxing zone, Letná, is going to be crowded again. Thousands of runners and walkers will be raising money for disadvantaged children by running kilometres. Partners and sponsors of the charity event called Teribear moves Prague 2016, which is held under the auspices of the Tereza Maxová Foundation (TMF) promote each kilometre with a contribution of 50 CZK (1,8 EUR). The C-IN company, which is mainly focused on PCO and Core PCO services during the year, will organisationally be part of this project once again.

Teribear moves Prague 2016 is a sport-charity event, which will be held from the 8th of September until the 17th of September, 2016. A track of 1,3 kilometres will be available for all participants nonstop throughout the event. Partners donate 50 CZK (1,8 EUR) for a pre-selected project  for every kilometre recorded on the purchased chip.

There is already enormous interest from the public, even before the start of the event. All organisers deeply believe that it will overcome last year´s attendance as well as the overall yield of 3 844 922 CZK used to support 10 different stories. Thanks to the patron of TMF, the famous model Tereza Maxová, the event attracts more celebrities and therefore Teribear moves Prague 2016 can also offer a rich accompanying social program for both children and adults.

The long-term partnership between TMF and C-IN started 11 years ago during the organization of the annual charity fashion show Fashion for Kids. It stepped into new era with the joint organisation of the first year of Teribear moves Prague 2015.

Special events like this prove that congress organisers may meaningfully use their professional experiences for realization of charity events, which can help in needed areas. In addition to the production activities during Teribear moves Prague 2016, the C-IN team also has high ambitions in the number of kilometres to be conquered.

More information about the event on https://www.teribear.cz/en