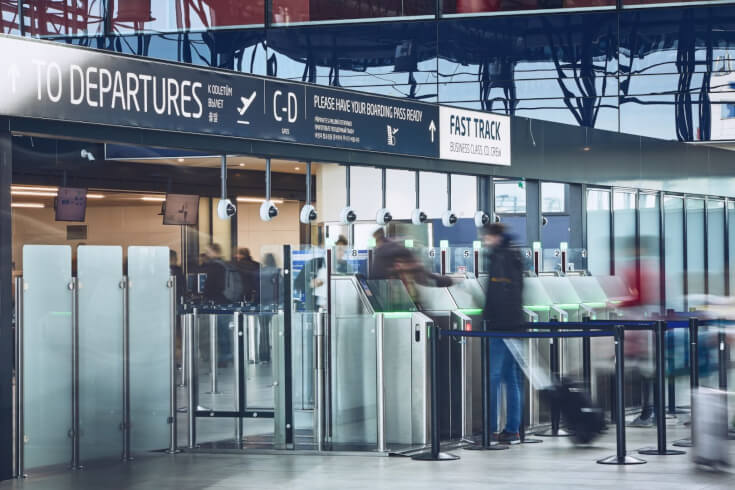 During the 2021 summer operational season, Prague Airport handled over 3 million passengers, representing a year-on-year increase of 213%. The offer of connections comprised a total of 123 destinations, operated by 51 air carriers. Over a third of passengers used the services of Smartwings airlines.

Air Navigation Services of the Czech Republic, a state-owned enterprise, provided its services to a total of 291,393 flights in the Czech airspace during the 2021 summer season, representing a 51% year-on-year growth.

Last summer, most passengers headed to Amsterdam. During the 2021 summer operational season, i.e., from 28 March to 30 October 2021, Prague Airport handled a total of 3,090,115 passengers. When compared with the previous summer season, the number of serviced passengers grew by 213 percent.

an over 70% drop in the results was recorded. Two years ago, during the same period, almost 12 million passengers passed through the gates of Prague Airport. The same premise does not apply to the number of destinations operated from Prague. Passengers were able to fly to 123 destinations during the 2021 summer season, which is more than 65% of the number of destinations serviced in 2019,” Jiří Pos, Chairman of the Prague Airport Board of Directors, said.

The average amount of passengers handled daily reached the figure of 14,240. The busies day was 22 August 2021, when more than double of the daily average was recorded, i.e., almost 31 thousand handled passengers. The day with most movements, i.e., both take-offs and landings, was 1 October 2021. August was the month with the highest daily operating average in Czech airspace with 1,526 movements per day.

“The fact that the signs of the economic recovery trend both at the national and European level positively affected the air traffic volume year-on-year comparison in the last summer season is certainly comforting. However, if we were to compare the 2021 summer operating results with the same period of 2019, which is the benchmark year for us, we are still at 50% of the pre-pandemic state,” Jak Klas, Air Navigation Services CEO, noted regarding the summer season results.

Qatar Airways, followed by Turkish Airlines, Wiz Air, Ryanair and Emirates were the biggest Air Navigation Services customers in the Czech Republic airspace. With regard to the development of air traffic in Europe, movements in the Czech airspace continued to be approximately 15 percent below the European average during the last summer season. The main reasons comprise the complete absence of domestic air traffic, the use of direct routes resulting from the current sufficient capacity in Germany and Austria, and changes as well as sufficient capacity on routes across the North Atlantic Ocean to North American destinations.

A total of 51 carriers provided passenger transport from Prague during the 2021 summer season, five of which were using the services of Prague Airport for the first time, namely Blue Air, Blue Bird Airways, Israir, EgyptAir, and Bees Airline. Odessa, Hamburg, Warsaw / Modlin, and Nice were the new additions on the list of destinations. New frequencies were also added to already operated destinations, such as Hurghada, Tel Aviv, Split, and Kyiv. Most passengers were flown aboard flights of Smartwings, which achieved a 36% share in the number of passengers serviced at Prague Airport. The company with the second highest share of transported passengers was Irish Ryanair with 18%, followed by Lufthansa, KLM, and Czech Airlines.

The Prague – Amsterdam route, selected by 164 thousand passengers, representing a 140% increase compared to the last season, was the busiest route of the 2021 summer season.