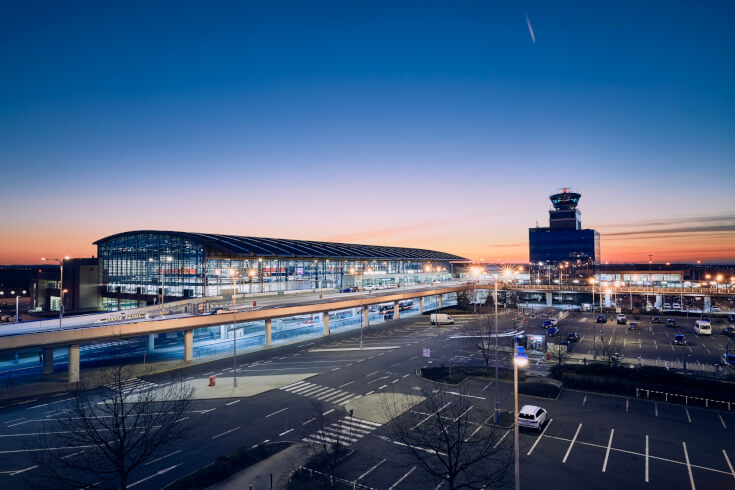 Prague Airport involves its business partners in reducing carbon dioxide emissions. Already in 2010, it joined the Airport Carbon Accreditation (ACA) initiative, which, under the auspices of the Airports Council International (ACI), independently evaluates world's airports and acknowledges their efforts in reducing their carbon footprint. This year, Prague Airport once again defended the 3rd level certificate, which is characterised by the involvement of partners – airlines, tenants, suppliers of catering services, and others.

“Last year, thanks to austerity measures, we achieved a 72 percent reduction in emissions compared to 2009. We expect to reach carbon neutrality by 2030 and net carbon neutrality by 2050. However, we know that the road ahead is not easy. As many as 85 percent of emissions are generated by third parties – that is, our suppliers and airlines. Therefore, we also motivate them to reduce emissions,” Soňa Hykyšová, Prague Airport Environmental Protection Director, said.

The motivation of suppliers and partners takes place in different ways. Prague Airport organizes the TOP Sustainable Airline competition for carriers, in which, alongside noise and emissions, the entire airline’s approach to sustainability is monitored. Air carriers are thus motivated to deploy new, modern aircraft with lower emission and noise pollution levels on routes to Prague. Emissions are also saved thanks to the change in departure procedures implemented during the COVID-19 pandemic.

Prague Airport also involves its subsidiaries in reducing emissions. Currently, the infrastructure is being readied for the transition to electric-powered ground airport equipment used by Czech Airlines Handling. Prague Airport employees are also motivated to reduce their carbon footprint, for example as part of the Biking to Work project.

Prague Airport reduces carbon dioxide emissions by an average of three to five thousand tons of CO₂ per year. This is due to implemented austerity measures, such as the use of energy-saving LED light bulbs, the replacement of cooling units, boilers and burners with more efficient ones, the use of waste heat at the wastewater treatment plant, and others. Since 2019, it has also been using green electricity through guarantees of origin for electricity produced from renewable sources, which it also offers to subsidiaries and tenants.

The main goal of the Airport Carbon Accreditation programme is to support airport operators in their efforts to reduce greenhouse gas emissions from various airport activities. The programme brings together hundreds of airports around the world that map their carbon footprint and implement procedures to reduce it.