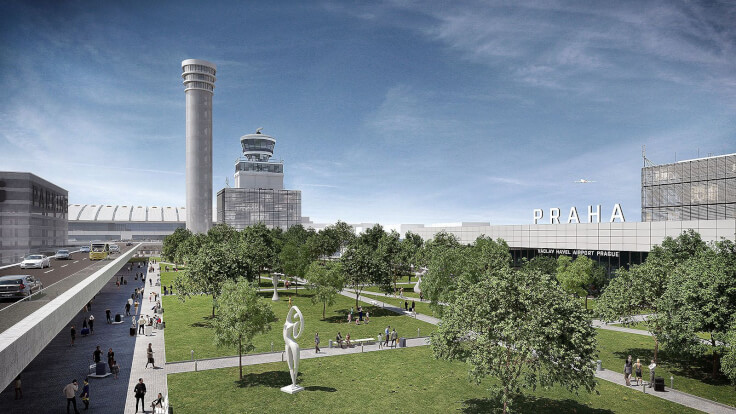 Carbon neutrality, green electricity, protection of biodiversity alongside reduction of disposable plastics. This is but a short list of steps through which Prague Airport pursues sustainability and green urbanism. The long-term development projects imbedded in the airport’s agenda are to adhere to the principles of sustainability, too.

Prague Airport has been actively reducing CO2 emissions for over ten years. Compared to 2009, we achieved a reduction in CO2 emissions of 76% last year and thus saved the equivalent of 41,000 tons of CO2. At the same time, together with other airports, airlines and aircraft manufacturers, the airport has committed itself to reducing the environmental impact of aviation in the pan-European Destination 2050 initiative and introduced a commitment to reach carbon neutrality on all flights across Europe and beyond by 2050.

"Airlines are phasing out older aircraft and replacing them with new, much greener and more environmentally friendly models. In about the next ten years, Prague Airport plans to execute several long-term development and sustainable projects, which include, for example, the expansion of the Terminal 2 building. In the preparatory phase of the terminal capacity increase project, very close coordination with Správa železnic (The Railway Administration) is pursued regarding a train connection to Václav Havel Airport Prague. The goal is to provide a more environmentally-friendly and more convenient way of transport to the airport," Vaclav Rehor, Chairman of the Prague Airport Board of Directors, said.

With the projects currently in preparatory stages, Prague Airport is focusing, among other things, on ensured smooth traffic flow and reduced time to locate a parking space. This will help reduce the fuel consumption of passing vehicles as well as the production of exhaust gases. One of the important projects which will help achieve this goal is the modification of the existing road overpass. It will ensure smoother passage of arriving vehicles, their easier orientation as well as navigation of passengers. When modifying the overpass, the airport will focus on the use of recycled materials and the reuse of building elements from demolition. The project is coordinated with the planned rail connection of Prague Airport and will support the looping of the railway line from the direction of Jeneček.

Terminal capacities will also be expanded in a sustainable way. The intention is to minimise the overall impact of the construction on the environment, for example by using recycled materials, retaining and subsequently using rainwater, etc. Another goal is to ensure a quality indoor and outdoor environment for users, reduce the use of non-renewable natural energy sources for the implementation and operation of the building and, in terms of energy concept, strive for the building maximum energy self-sufficiency. "During the next development stages of the building design, we will reduce the energy, water and material consumption requirements. Wherever possible, we will look to generate these sources locally. Similarly, we will promote the use, for example, of renewable solar energy, heat pumps and other sources with minimal environmental impact," Soňa Hykyšová, Prague Airport Environmental Protection Director, added.

The parallel runway project is another important development deed of Prague Airport. Thanks to the runway construction and launch of operations, the airport will be able to close the existing side runway, which affects hundreds of thousands of people from Prague and Kladno by traffic noise. At the same time, the night-time operations will be discontinued. After the launch of operations of the parallel runway, the number of inhabitants in the noise protection zone will be reduced by as much as 50%. Thanks to the new runway, the operation of aircraft will become more efficient and the time aircraft spend in the air or in preparation for take-off will be reduced.

Last but not least, Prague Airport also supports environmental protection projects in the surrounding municipalities and city districts. Since 2004, over 380 million crowns were invested in environmental projects under the "Living in Harmony" grant programme. 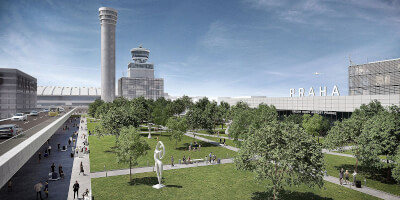