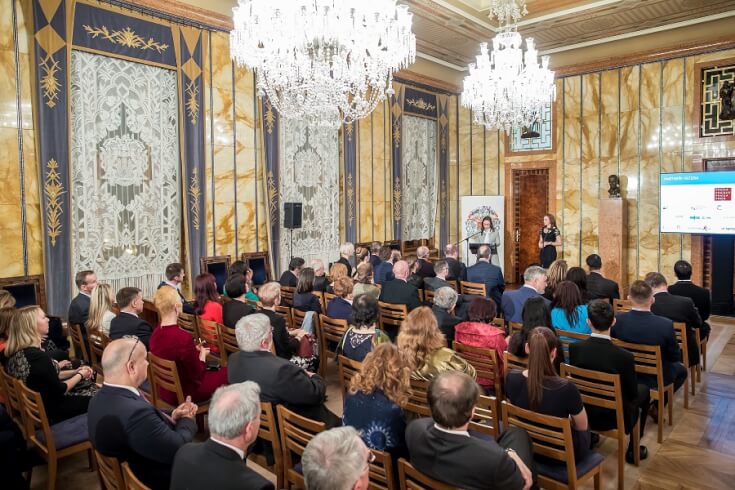 Tenth anniversary event of awarding the congress ambassadors - the Ambassador Awards Evening - will take place on 3rd April, 2019. At the Ambassador Awards Evenings, renowned Czech scientists, professors, doctors and other leading specialists who represent the Czech Republic and Prague in international professional associations and who have significantly contributed to expert events being held in the Czech capital are awarded. The gala evening is organized by the Prague Convention Bureau as a part of its Ambassador Program that was launched at the occasion of the first award ceremony on 18th February 2010.

Since 2010, when the initiative was first introduced, more than 40 congress ambassadors have been awarded, including such personalities as prof. MUDr. Vladimír Tesař, DrSc., MBA, FASN, Department of Nephrology of the First Faculty of Medicine and General University Hospital in Prague or prof. MUDr. Julius Špičák, CSc., Head of the Hepatogastroenterology Department at IKEM (Institute for Clinical and Experimental Medicine), who received the most awards in the Ambassador Program history. Over the course of ten years of the awards ceremony existence, the number of delegates representing health, science or other fields of expertise at the awarded events in Prague has reached or will very soon exceed 120,000.

At the occasion of the Ambassador Awards Evenings tenth anniversary, the new Ambassador Program website has been launched for the Czech speaking audience at the following link: ambassador.pragueconvention.cz. On the website, all the local specialists or professionals who are considering their potential engagement in organizing a congress or conference in Prague will find all the necessary information on what the benefits of hosting the expert congresses are. The new website also provides information on the available support and tools the Ambassador Program and the Prague Convention Bureau have to assist congress ambassadors in acquiring congresses for Prague.