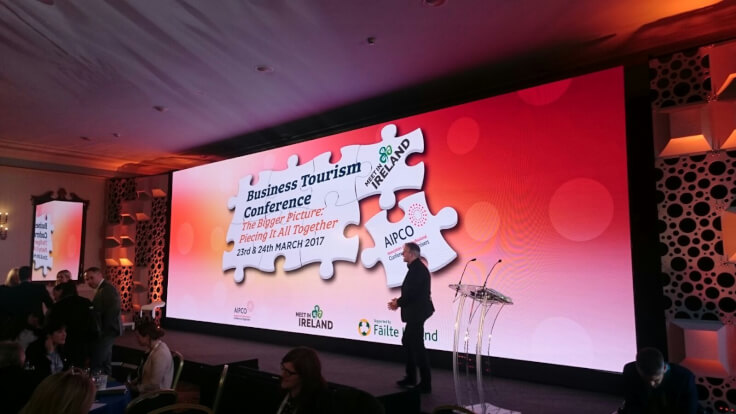 The association, established in 1999, is the premier professional union of conference organisers in Ireland. The event’s program included educational as well as networking part. Roman Muška, PCB Managing Director, participated at this event as one of the speakers, introducing Prague as a congress destination and inviting the attendees to the Czech capital for the 56th ICCA Congress that will be held from 12th to 15th November 2017.

“Biggest isn't Always Best - The Role of the Convention Bureau in Second-Tier Region", was the topic of the panel discussion, where Prague, alongside Irish and Hamburg CVBs, had its place. Roman Muška highlighted the importance of cooperation of all the subjects in the destination. PCB also attended the parallel session, where the topic “Fake News or Real Truth: Destination Marketing” was discussed.