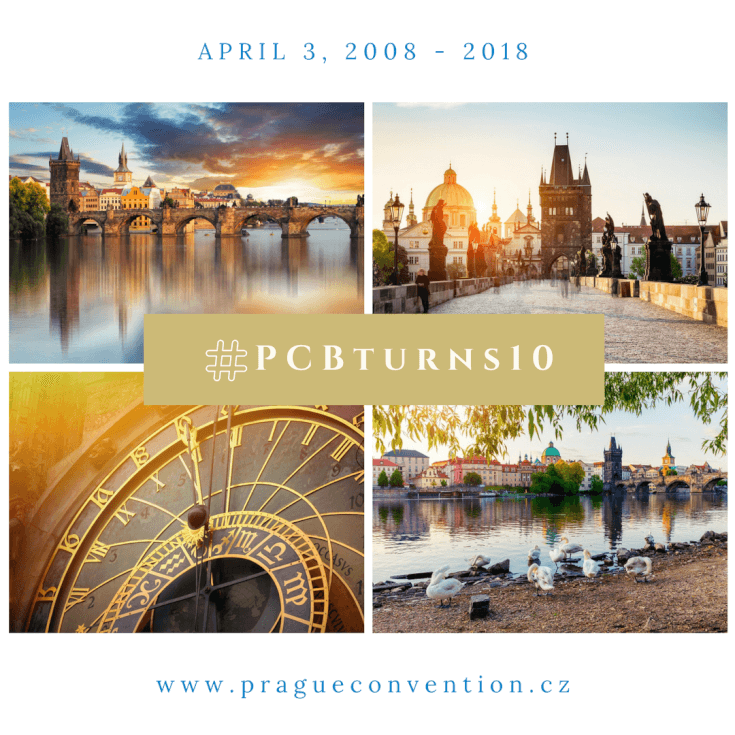 The Prague Convention Bureau was founded on 3rd April 2008 to strengthen the positive awareness of Prague as an ideal congress destination and, through effective assistance to foreign and local event organizers, to support the economic development of the Czech capital. This non-profit organization celebrates its tenth anniversary this year. Over the last ten years, the Prague Convention Bureau has participated in acquiring more than 630 events with the attendance of almost 293,000 delegates. They have generated a total of 620 thousand roomnights worth more than 1.2 billion Czech crowns (€ 47.5 million).

The Prague Convention Bureau has participated in acquiring more 633 congresses, conferences and corporate events for Prague with a total of 292 570 delegates and 620 747 roomnights over the last ten years. At the average price of a hotel room in Prague, which has amounted to CZK 1,990 (€ 76.5) between 2011 and 2018, all the roomnights generated an income exceeding CZK 1.2 billion (€ 47.5 million). The administrative support has provided assistance to 274 events, since it was introduced. Since 2013, the meeting Prague has been presented to the event organizers in 1,538 media articles with a total value of approximately 2,137,541 euros.

“Prague’s meetings industry is one of the major economic sectors of the city. It participates at the gross domestic product of the capital with 1.1% and with 15% at the overall tourism sector. We appreciate that the capital city of Prague is well aware of this fact and it has been supporting the tourism and meetings industry on a long-term basis. Since 2014, when grants for the meetings industry were introduced, the City of Prague has provided financial support exceeding a sum of CZK 23 million (€ 885,000) for a total of 49 congresses and conferences on the territory of the Czech capital. Over the last ten years, this amount has reached nearly 35 million crowns (€ 1,3 million), but in the years 2008 to 2013 the grants were provided not only to congresses and conferences but also to other projects related to tourism support in general," said Roman Muška, Prague Convention Bureau Director.

On its tenth anniversary, the Prague Convention Bureau is launching a campaign named PCBturns10, planning to present milestones of the meetings industry in Prague, but also significant events related to the capital and the Czech Republic. The organization has also lined up several networking opportunities and events in the framework of celebrations with the representatives of Prague Convention Bureau:

The organization has long been cooperating with the key meetings industry stakeholders, including the Capital City of Prague, Ministry of Regional Development, CzechTourism agency or the Prague City Tourism. Thanks to this cooperation, the Prague Convention Bureau can offer an assistance and advice to local and foreign event organizers, or to provide administrative support, including processing free of charge public transportation passes applications, handling grant applications, or providing support letters. The Prague Convention Bureau, through its Ambassador Program, also serves as a base for so-called local congress ambassadors, professors, scientists, physicians and other professionals who act as guarantors for the events coming to Prague.