Prague has a new super-boat for sightseeing cruises 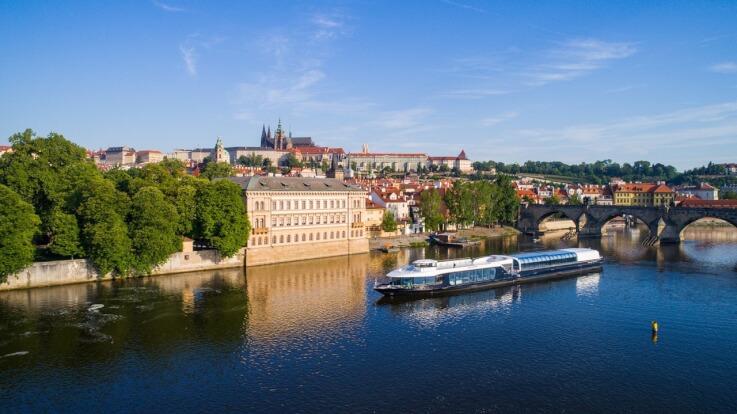 The most modern boat on not just the Vltava River is named the Grand Bohemia. It is part of the long-term plan of PRAGUE BOATS to renew its fleet with a focus on modernisation, comfort and environmental friendliness.

The new sightseeing boat of Prague Boats - the Grand Bohemia - represents the leading edge in Europe in passenger boat transport in all aspects. It was made to measure for the conditions of water transport on the Vltava River in the German shipyard, Schiffwerft Bolle Gmbh Derben.

In many aspects, the Grand Bohemia surpasses its predecessors from the same shipyard (the Agnes de Bohemia and Bohemia Rhapsody). Its capacity is 350 seats for a cruise with a banquet and even more in its cocktail party arrangement. The unique structure of the boat with its sliding glass roof offers a beautiful panoramic view of historical monuments even when the deck is completely closed. In summer it is possible to retract the roof fully or just raise the blinds. A fantastic view is therefore guaranteed in summer as well as in winter, in any weather from any place on the deck.

The main area of the boat is of a piece; it consists of the main deck with its sliding roof and an adjacent air-conditioned lounge with panoramic windows. In addition, the upper deck of the Grand Bohemia behind the captain’s bridge can also be used. All this makes the boat attractive for private rental and corporate events.

The boat has a professional sound system available and presents a first-rate catering service with a choice of several banquet and beverage packages.

On arrival, the Grand Bohemia sailed through the historical centre of Prague and dropped anchor on the Dvořák embankment near the Čech Bridge, which will be its permanent anchorage. It will mostly be used for sightseeing dinner cruises (Crystal Dinner) and private events. 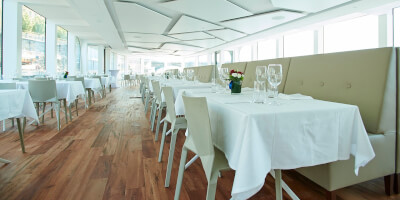 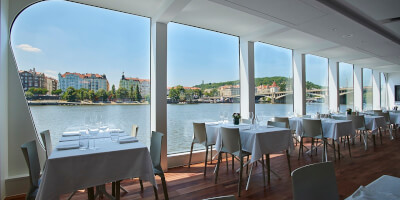