The Czech capital enjoys a growing popularity and interest among local as well as international organizers of congresses and conferences. In the ranking of the world’s most popular congress destinations for 2016 published by the International Congress and Convention Association (ICCA), Prague occupied the 11th place, surpassing cities such as Beijing, Buenos Aires or Rome.

The ranking is compiled annually and it records only those international association events which are held regularly, rotate between at least three countries and are attended by more than 50 delegates. On the long run, the ranking is dominated by European destinations. This year, the first place went to Paris that attracted 196 conferences in 2016 and after a year returned to the top of the list. Vienna ended second (186), followed by Barcelona (181), Berlin (176) – the number 1 in the previous year, and London (153).

The list of the TOP ten world’s congress destinations includes two Asian cities - Singapore (6th position) and Seoul (10th place). The TOP five cities in the ranking remained the same as in the previous year, with only individual positions changing. Amsterdam and Seoul became newcomers in TOP 10 for this year. Prague defended its 11th position from the last year with 126 conferences, which is 2.4% more than in 2015. From a European point of view, Prague occupied eighth place.

The United States of America were ranked first among the top congress countries with a total of 934 meetings, followed by Germany (689), Great Britain (582), France (545) and Spain (533). The Czech Republic welcomed 156 meetings in 2016 earning 27th place in the ranking.

The International Congress and Convention Association recorded the highest number of events that met the requirements set for the ranking in 2016. A total of 12,212 conferences took place around the world last year, which is 136 more than in 2015, and twice as many as in the past decade. Prague has also seen a growing trend in the number of meetings. According to the data of the Czech Statistical Office, Prague welcomed the largest number of events over the past decade, amounting to 4 426, which is more than three times more than in 2006, when 1 360 events were recorded.

“Prague has had the honour to host more than half a million congress delegates from all over the world every year since 2010. Last year, it was a total of 541,412 people mainly from the UK, Germany and the US. With an ever-improving offer of services related to the congress industry and ongoing reconstruction works of the conference facilities, we hope that the Czech capital will gain even more recognition by event organizers and associations when considering where to hold their next meeting in the coming years,” said Roman Muška, Managing Director, Prague Convention Bureau. 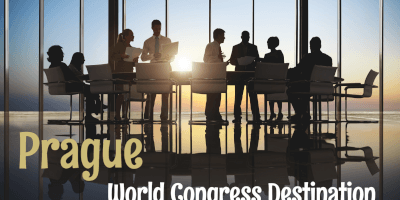