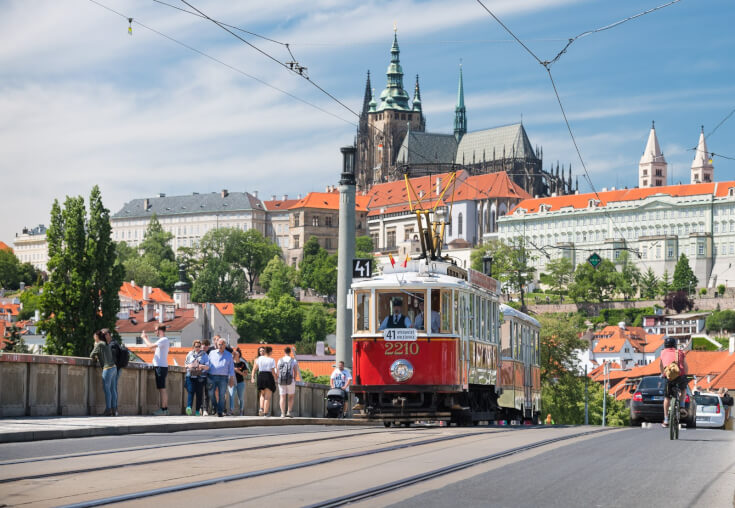 Last year, visitors to Prague could take a ride on historical trams on the line number 41, and since July also on circular lines 42 and 43 for the first time. During the entire period of operation, they were used by a total of almost 40,000 passengers, two-thirds of which were domestic tourists.

Historical tram line 42, which is jointly operated by the municipal companies Dopravní podnik hl.m. Prague (Prague Transportation Company or DPP) and Prague City Tourism (PCT) will again take to the streets of Prague on Saturday, March 26, 2022. From the same date, the historical line 41 will also be in operation.

Circular historical tram line number 42 will be in operation on Fridays, Saturdays, Sundays and public holidays at the beginning of the season. Services will depart at 40-minute intervals from 10:00 a.m. to 5:00 p.m. The route of the line will be the same as last year, from the Dlabačov stop it will lead past the main sights such as Prague Castle, Royal Summer Palace, Malostranská, around Josefov, Republic Square and Wenceslas Square, from where it will return to Dlabačov via Národní třída and Újezd. The fare of CZK 200 will remain the same. The ticket will be valid for 24 hours after validating. Visitors to Prague can therefore use the historical line 42 not only for a ride across the center in interesting historical trams, but also as a link to the largest tourist attractions on the of hop-on, hop-off principle. Until 26 March 2022, the historical line 42 will not be in operation mainly due to the unfavorable epidemiological situation and the expected decrease in travel due to the new omicron varianta.

DPP plans to launch operation on the historical circular tram line41 from 26 March 2022, if the epidemic situation allows. Its route and range of operation will be almost identical to last year's line. 43.  Line 41 will depart from Vozovna Střešovice (Střešovice depot) on Saturdays, Sundays and on public holidays at hourly intervals between 10:00 and 17:00. Connections will run along the route in the direction of Brusnice, Prague Castle, Royal Summer Palace, Sparta, Letenské náměstí (square), Strossmayerovo náměstí, Prague Planetarium, and back via Strossmayerovo náměstí, along nábřeží (riverbank) Kapitána Jaroše and Edvarda Beneše, via Malostranská and Prague Castle to Vozovna Střešovice. The line will connect two cooperating museums – the Museum of Public Transport and the National Technical Museum.

The historical tram line 41 was in operation last year from 17 April to 30 June on weekends and holidays. DPP dispatched two-carriage trains on them, 7 connections in operation in each direction every day. In total, it carried 3,513 passengers.

Tourist line 42 first started on 1 July 2021 as part of the Prague Unlocked benefit program. In July and August, the line was in operation daily at half-hour intervals, DPP dispatched 16 connections every day. In September and October, the line was in operation from Tuesday to Friday at intervals of 40 minutes (10 dispatched connections per day), on weekends at intervals of 30 minutes (14 connections per day). In November and December, it ran from Friday to Sunday (10 services a day). DPP dispatched a total of 1882 connections on the line. They were used by a total of 31,596 passengers, which, with an average capacity of 24 seats, means an average occupancy of 17 passengers per connection.

Historical line 43 was in operation last year from 1 July to 17 November. The DPP dispatched 7 connections in a motor carriage on weekends and holidays, and from June to August also on Wednesday afternoons. It was used by a total of 4,023 passengers.

More information is available in the official press release of DPP in Czech language here. Author of the photo: @DPP - Petr Hejna 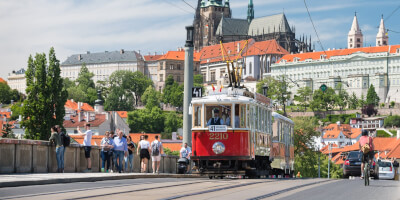