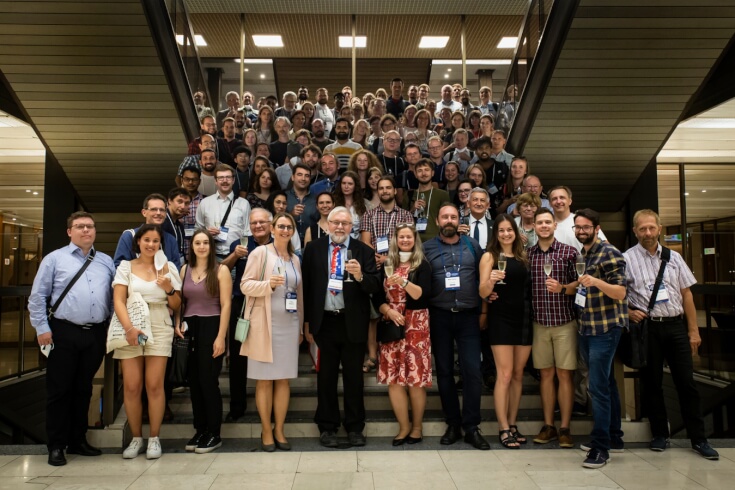 In mid-August, the hybrid Congress of the International Union of Crystallography (IUCr) took place at the Prague Congress Centre, welcoming a total of about 1,700 delegates, 1,200 of whom joined the event virtually.

The congress was organized by the Crystallographic Association in close cooperation with the Auletris DMC.

Contemporary ocrystallography is a field dealing with the structure of substances in the scale of atoms to nanometry, primarily with crystal structure and arrangement of atoms in substances. It is a typical interdisciplinary field ranging from biology through chemistry (e.g. drug development) to physics and the development of new materials. Crystallography and relevant techniques are also applied in the studies of mineral resources, but also in art (symmetry, analysis of works of art).

For more than 70 years, the field has been provided umbrella by the International Union of Crystallography, which holds its congresses with the general assembly meetings every three years, and by its regional organisations, which hold their supplementary congresses in the meantime. The Crystallographic Association operating in the Czech Republic had been taking efforts to bring the prestigious IUCr Congress to Prague since many years ago. This was finally achieved in 2014 in Montreal, where Prague won the hosting of the 25th jubilee event over Paris.

Already in 2019, when the international programme committee of the congress met in Prague, a programme consisting of 3 plenary and 35 keynote lectures, more than 100 standard microsymposias and several special sessions was established. However, the first wave of the COVID-19 pandemic affected the finalisation of the programme in early 2020, and at an extraordinary online committee meeting the decision was made to postpone the congress to August 2021. However, the situation was still not favourable, and the congress could not be repeatedly postponed. At the same time, an entirely virtual form of the congress was not a favoured option of carrying out the event. In February 2021, after viewing a demonstration of gCon system by T.R.I.  -  a company cooperating with the Prague Congress Center – the decision was made to hold a virtual congress with the possibility of opening it for later on-site participation. The so-called hybrid form of congress was approved as early as May 2021 thanks to the improving epidemiological situation.

We talked about the challenges the organizing committee faced when planning the hybrid format of event, and how the congress was successful at the end to Prof. RNDr. Radomír Kužel, CSc., the local ambassador of the congress.

Professor, in the end, out of more than 1,700 delegates, 1,200 participated in the congress virtually and 500 visited the Prague Congress Centre directly in the Czech capital, with only 10% of the delegates completely cancelling their participation. The responses to the hybrid format, in which even workshops took place, were very positive. How was it for you to organise event in this format, how did you manage to coordinate so many live streams? You have also encountered some challenges and obstacles, haven`t you?

Thanks to the T.R.I. company's gCon system, designed in such a way that the location of speakers and chairpersons is not a matter of much importance, the program was prepared very well, we didn't even think about whether someone would arrive in person or participate online, because it was clear that no one would know until the last minute. The main problem was generally worse attitude and lower responsibility of all online participants. This was reflected in various aspects: late or completely absent reactions of section chairs regarding the selection of lectures, late recording of presentations by speakers into systems, or last minute congress registrations, even though the registrations themselves were launched already in March.

You also received a very positive feedback on the so-called "poster session", i.e. the presentation of individual scientific posters. How did you provide access to delegates who participated virtually? And what was the feedback you received on the hybrid event format from sponsors?

The poster sections took place both virtually with live discussion through virtual rooms and on location, when the timing of real sections had to be planned for a different time than the virtual ones. However, we should have stimulated the use of virtual rooms more. Sponsors were very sceptical about virtual stalls due to their very bad previous experience with similar events. However, for some, the number of visits was probably above expectations. Sponsors also received complete statistics and lists of visitors of their stalls.

As organizers, how did you face the challenge of networking, organizing social evenings, etc.? Have you been restricted by the hybrid model in this regard?

The accompanying program at the Prague Congress Centre included two concerts, and there were two Vltava river cruises and a train trip to the Pilsen brewery. The conference dinner then took place in the National House of Vinohrady with a performance by the Brand New Band. We were not crucially limited by the restrictions. Both concerts were broadcast online and viewed by approximately 100 remote participants (with very favourable responses).

With regards to the current situation, it was also necessary to ensure compliance with strict safety and hygiene measures. How did delegates approach them, and did you require some above-standard measures (in addition to the government measures currently in place) to ensure the safe course of the event?

We did not apply any above-standard measures. In this respect, the delegates should be thanked for their efforts and willingness to comply with all the measures in place, showing consideration for each other.  At the registration desk, all the delegates were checked for a proof of full vaccination or a valid test, otherwise they were not admitted to the event. All participants wore certified respiratory protection indoors during the congress, with respirators also included in the congress bags and available free at the registration desk, as well as disinfectants. As a result, the event ran completely safely to the general satisfaction of the participants and organizers.

Rather sad was the role the regulations played when specifying who could come to the Czech Republic, which was most evident on the example of Great Britain, where IUCr is based, and therefore a large participation from this destination was expected. Unfortunately, only those delegates from the UK, who are also EU citizens, were able to arrive. First of all, it was difficult to explain why some delegates from the UK could come and some could not. Perhaps even more of a complication, however, were the travel bans of different institutions in individual countries. Personally, I consider this to be an alibism in a situation where, as tourists, people could travel with much less restrictions to various places, as well as visit some risky places, typically nightclubs in their home cities.

Were there any breakthrough findings or decisions resulting from this year`s congress?

Perhaps it is the fact that the hybrid event can be organised in such a way that even remote participants almost feel as if they are in the place of event. It is also still too early to point out one particular major finding. However, due to the large number of disciplines in which crystallography transcends, it can be said that the congress has contributed to the development and exchange of knowledge among the professional public in a number of disciplines,  which will be manifested in various fields from biology to art subsequently. At the same time, several companies  at the congress presented the latest devices and technologies, which allow us to analyse the structure of substances at microscopic and nano levels in minutes or even faster.

You also heed gender policy when organising congresses. How do you apply it into practice?

This is a strict requirement of the IUCr: gender and regional balance, on the basis of which a programme is prepared (selection of keynote lectures, section chairs and invited speakers). However, this cannot be approached too dogmatically; in some areas of crystallography, the representation of women also prevails (e.g. biocrystalography), but in others there are almost none. When finalising the program, it was certainly possible to apply this aspect in cases where dozens of abstracts arrived, but it was difficult in those, where there were just enough abstracts to fill the section.

Finally, I would like to return to the past:  you stated on the congress website that the history of crystallography in Bohemia goes back to Johann Kepler himself, who stayed in Prague at the beginning of the 17th century and devoted himself, among other things, to the description of the crystals that make up snowflakes. Since then, has the Czech Republic, or even the city of Prague, recorded any significant scientific achievements in the field of crystallography? Do we have anything to show off with it at international level?

At the moment, the most famous group in the world is probably the section of solids physics of the Institute of Physics of the Academy of Sciences of the Czech Republic (FZÚ AVČR). Two members won prestigious prizes awarded by the ECA (European Crystallographic Association): Lukáš Palatinus won the Erwin Felix Levy Bertaut Award for Young Workers in 2009 and Václav Petříček won the Max Perutz Grand Prize in 2016. More information about the history of this field can be found here.

More information about the history, course, technical implementation of the congress and the participants` feedback can be found on this link. 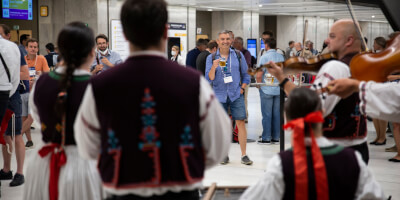 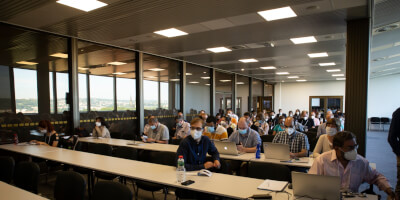 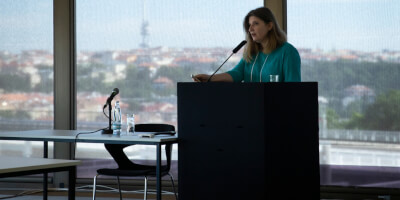 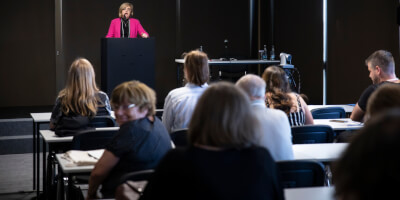 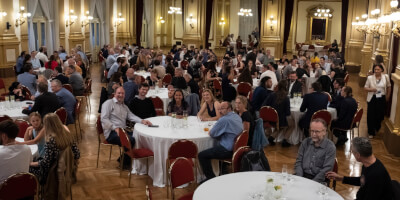 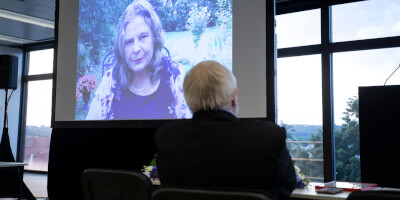