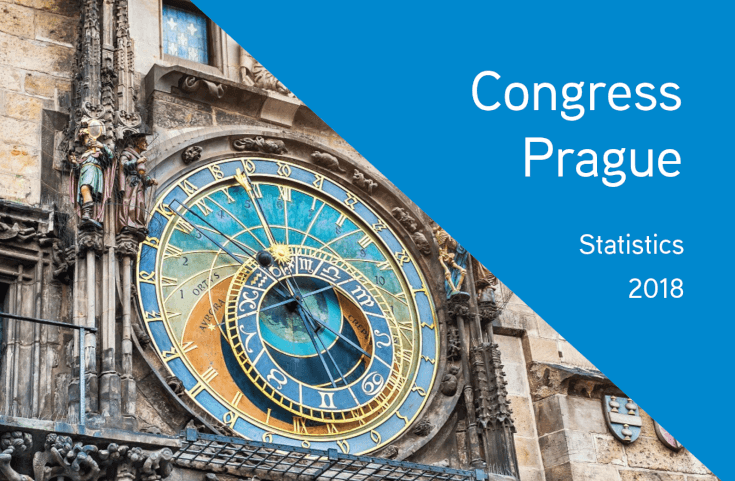 Prague hosted a record number of conferences and congresses in 2018. Over 4,500 events took place in its collective accommodation establishments last year – that is more than a third of all events held in the Czech Republic. The Czech metropolis welcomed almost 540,000 delegates from all over the world. At the same time, Prague occupied the ninth position in the international ranking of the most popular meeting destinations this year.

According to the Czech Statistical Office (CZSO), that keeps only the records of meetings held in the collective accommodation establishments and with the attendance over 50 persons, 4,534 conferences and congresses took place in Prague in 2018. That is by 2.2 % more than in the record year of 2016 and by 3.3% more than in 2017. At the same time, it is also 36% of all events held in the Czech Republic.

Prague meeting industry was very successful last year not only on the local level, but also in the international comparison. In the ICCA (International Congress and Convention Association) global ranking, which rates the destinations based on the number of association congresses and conferences held, Prague has ranked ninth. It has maintained its position in the world’s top ten most popular meeting destinations, whereas it ranked eighth in the previous year. As for the national ranking, the Czech Republic has occupied the 26th position.

The Prague Convention Bureau statistics based on the data gathered from the key subjects of the Prague meeting industry including the congress centers, which are not included in the CZSO statistics, show that most events host 10 to 149 delegates (74% of all events). 41 major congresses and conferences with the participation over 1,000 delegates took place in Prague last year.

The most common source markets in 2018 were the United States, Great Britain, Germany, France and Switzerland. The delegates arrived to the Czech capital city to address the topics of medical sciences, education, social sciences or industry. The congress hotels maintained to be the most popular meeting venues (78 % of all events held in Prague).

„Following the opening of new major meeting capacities last year and this year, a continuous growth of number of events can be expected in the coming years ,“ says Roman Muška, Managing Director of the Prague Convention Bureau adding: „while the Czech Republic already is one of the top 50 countries, which generate the largest global direct consumption in the field of meeting industry, as published in the Global Economic Significance of Business Events by the Events Industry Council in collaboration with the Oxford Economics in November 2018. According to the report, the meeting industry is one of the significant areas of the global enonomics. In 2017, over 1.5 billion persons from over 180 countries from around the world participated in various business meetings. These events generated direct consumption in the value of 1.07 trillion USD (of which 1.3 billion USD in the Czech Republic), supporting 10.3 million of direct job positions (of which 12,000 in the Czech Republic).” 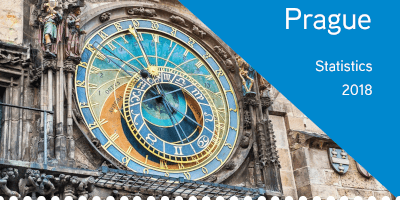