Prague is the 10th Largest Hotel Market in Europe 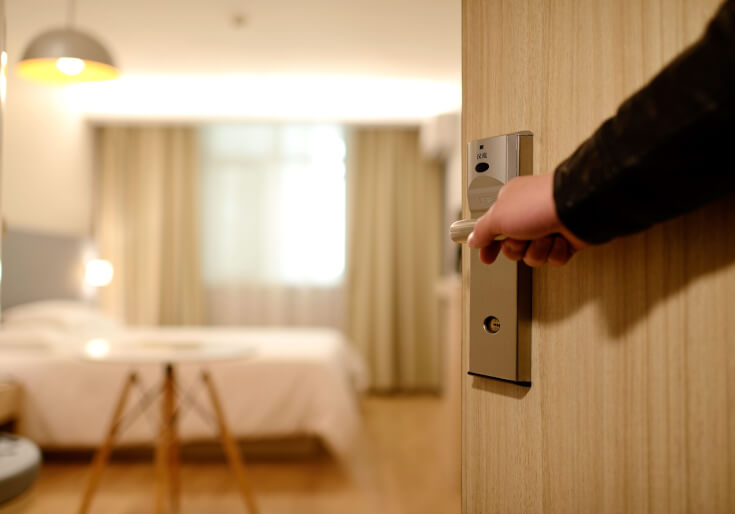 Prague is, with over 35,000 rooms capturing more than 18 million overnight stays in 2017, the 10th largest hotel market in Europe, as presented in the latest Cushman & Wakefield report.

Vienna continues to be the second largest market in the region, attracting over 15.5 million overnight stays in 2017 and taking 13th place in terms of occupancy levels. The third biggest hotel market in the CE region is Budapest which occupies 10th place on the highest occupancy ranking list. The overal occupancy levels in the key hotel markets across Central Europe have reached very robust levels, leaving behind several major tourism destinations such as Madrid, Milan or Rome.

“The rising demand trend is expected to continue, although some cities are likely to experience a milder growth in the following years, as they become more expensive and/or reach the full capacity during the peak season. Nevertheless, the growing trend is anticipated to continue, driven by new demand sources, particularly from Asia and Middle East,” says Bořivoj Vokřínek, Partner, Strategic Advisory & Head of Hospitality Research EMEA at Cushman & Wakefield.

There are more than 13,000 rooms that are expected to be added to the capital cities of the CEE region within the next three years, in the categories ranging from midscale to luxury. In Prague, for example, the W Prague hotel should be opened by 2020, a new hotel is also planned to be built near the growing congress and cultural centre of O2 universum. In the coming years, a five-star hotel is planned to be built in Senovážné náměstí. The Ritz-Carlton Hotel project in close proximity of the Old Town Square, which could be opened by 2022, is under consideration. By the year 2021, the Hotel Letná with the capacity of nearly 500 rooms for a thousand guests and a congress centre is another construction project that is under consideration.

In 2017, according to the Czech Statistical Office, 4,127 conferences were held in the capital of the Czech Republic, representing a third of all the events that took place in the Czech Republic. More than half a million delegates participated in the Prague conferences. The Prague Convention Bureau statistics, based on data collected from its member entities, show that Prague, in the long run, has had a stable ratio of international (49.2%) and local events (50.8%). In 2017, meeting delegates from abroad arrived to Prague most frequently from the USA, Great Britain, Germany, Switzerland and France.

*** Based on the reported performance data for 35 key hotel markets as published in the European Hotel Review by STR. 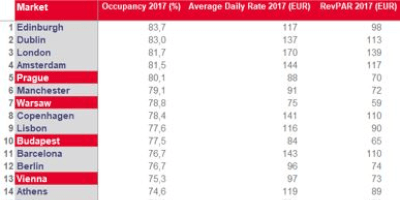 Source: Cushman & Wakefield
Back to listing