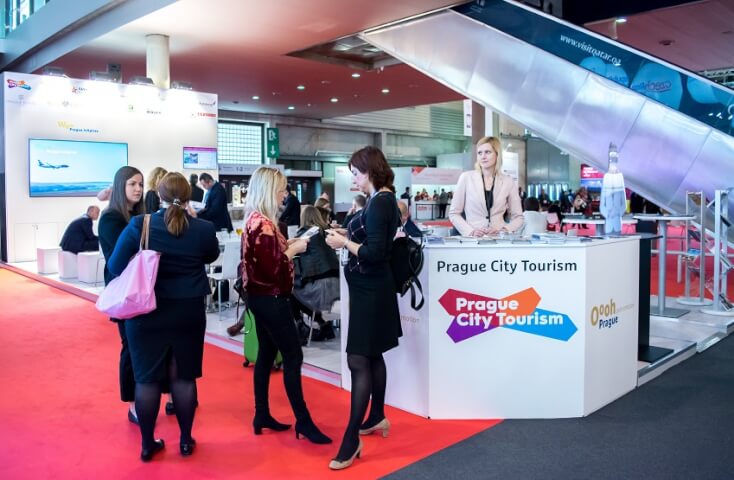 Prague City Tourism, in cooperation with the Prague Convention Bureau, represented the meeting Prague at the ibtm world show once again. The show was held in Barcelona, Spain, from November 28 to 30.

The Prague stand with a total of 13 exhibitors was visited by more than 250 visitors in three days, mainly from the US, Russia, Great Britain, Spain, Germany, Poland and France. In addition to the pre-scheduled meetings, buyers and visitors learnt the news from the meeting Prague at nine destination presentations, news about the free time activities in the metropolis through information service and a large number of brochures offered. They also enjoyed the catering offer of famous beer from the Břevnov Brewery or traditional decorated gingerbreads. For the visitors of the fair, a digital surprise was also prepared - a virtual hostess inviting the show participants to visit the Prague stand.

On Wednesday, November 29, CzechTourism organized, in cooperation with the Czech Convention Bureau, Prague City Tourism and Prague Convention Bureau, a networking cocktail for buyers. The CzechTourism cocktail was launched by Tereza Matějková, Head of the Trade Shows Department, and Roman Muška, Managing Director of the Prague Convention Bureau. During the event, participants were able to watch the bartender show and then taste the drinks prepared from typical Czech alcoholic drinks, take a photo at the photo booth or try another digital surprise - the so-called Reactable. This is a musical interactive round table, where each player can literally mix the song according to their preferences.

The ibtm world Barcelona celebrated an anniversary this year – it was launched for the first time in Geneva 30 years ago. In 1988, it attracted 450 exhibitors from 52 countries and then it moved to Barcelona in 2004. More than 15,500 professionals from the meeting industry participate currently, one fifth of which consists of exhibitors from more than 150 countries of the world, and another fifth are buyers from around the world. This year, the organizers of the show also announced a record of more than 74,000 scheduled meetings, which is 23% more than last year.

2017 was declared the International Year of Sustainable Tourism for Development by the United Nations, and the ibtm world organizers presented the "Share a Positive Impact" initiative at this occasion. This is above all a global social networking campaign through which the best practice can be shared about the sustainable development of the meeting industry. You can follow or contribute to the campaign mainly on Twitter under the #shareapositiveimpact hashtag.

Photogallery from the Prague stand is available at our Facebook profile. 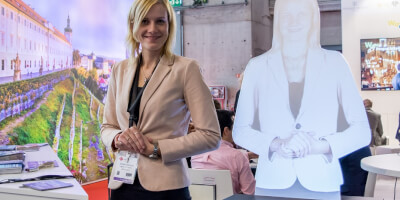 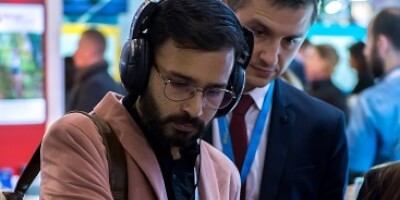