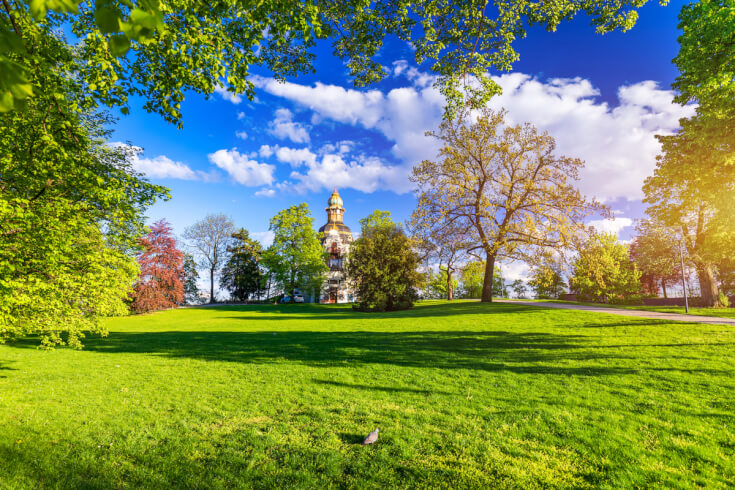 In 2019, the Czech capital set a goal of planting a million new trees on its territory within eight years. Since the adoption of this plan, 370,000 new trees have been planted in Prague to the date. These appear in emerging forest parks, city parks, orchards and in the streets of the city.

Trees play an irreplaceable role in adapting the city to climate change. "We also add trees to parks in the city centre, and plant them along brooks and ponds. City trees can also bear fruits, that is why we revitalise and set up orchards. Last year we planted a new and unique chestnut tree alley in Prague. Our goal is to add trees to the city streets. An integral part of our activities is the care of new planted trees, which is essential especially in the first five years," says the Deputy Mayor of Prague for the Environment Petr Hlubuček.

In addition to new forests and forest parks, the city planted new trees in existing parks in the city centre, especially in two major green areas of Stromovka and Petřín in 2020. The aim of the Prague municipality is to plant trees even in the streets of the city.

"Every tree in our city is very valuable when facing climate challenges. The new trees in the city are an investment for the future. I am pleased that we are able to plant and protect city trees not only in the outskirts, but also in the centre," says Zdeněk Hřib, Mayor of Prague. Thus, in the next phase of revitalisation new lime trees will be planted in the iconic Wenceslas Square. "People can monitor the number of trees planted in Prague on the zastromujprahu.cz website, where we regularly publish their number, and plans for the upcoming months. Volunteers can also actively participate in planting activities and register for one of the planting events, for example this autumn, if the epidemic conditions are good," concludes Zdeněk Hřib.

In order to prevent parasitic diseases in trees, Prague foresters carefully plan suitable species selection before planting new seedlings. Deciduous species prevail, since they have naturally been dominant in the location.

Detailed information (in Czech) is included in the press release on the official website of Prague municipality.