Prague Will Become the Center of Emergency Medicine in October 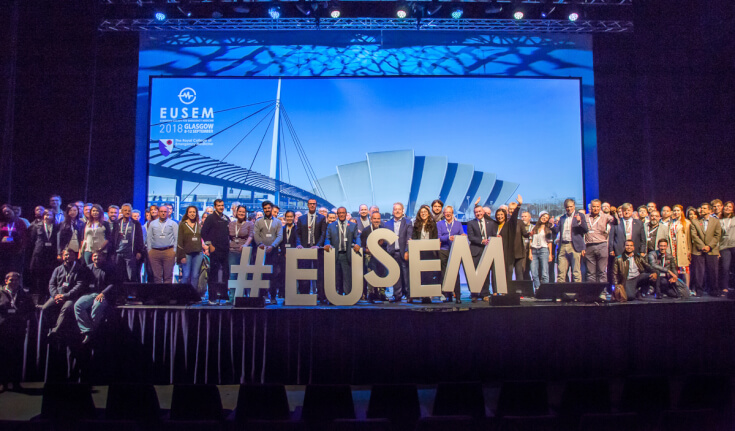 Prague will welcome 2,000 specialists from around the world working in the field of emergency medicine in the middle of October. From 12 to 16 October, the 13th Congress of the European Society for Emergency Medicine (EuSEM) will take place in the Prague Congress Center. International Emergency Medicine Day – 27 May – addresses the topics of this field of medicine.

Emergency medicine is a complex medical specialty that interacts very closely with almost all other clinical disciplines, and responds to acute conditions with which patients turn to health services. It includes both pre-hospital and in-hospital immediate care: the emergency medical service, emergency departments, and also disaster preparedness for immediate response in cases of mass casualties and disasters such as floods or terrorist attacks.

Emergency medicine is a relatively young specialty in the Czech Republic: it celebrated its 20-year anniversary in 2018. At present, more than 600 doctors are dedicated to it in the country. This October, they will have the opportunity to participate in lectures not only on clinical topics from all fields of contact, but also on the psychological stress arising from the critical situations and on career opportunities in emergency medicine. In addition, they will be able to participate in team competitions in clinical scenarios or interactive blocks, and to test their knowledge. There will also be inscenation of court proceedings regarding the emergency medicine cases and a large number of scientific posters presented for the delegates to share their latest research and studies.

The European Emergency Medicine Society will also celebrate the 25th anniversary of its founding in Prague. Two Czech doctors were participants of establishing European society in 1994: MUDr. Pavol Getlík and MUDr. Roman Gřegoř, MBA, who is currently the President of the Czech Society for Emergency and Disaster Medicine of the Czech Medical Association of Jan Evangelista Purkyně.

The Czech Republic is also joining in the celebrations of International Day of Emergency Medicine on May 27th. Among other things, as a part of this initiative a case study seminar of the Emergency Department for Adult Patients at the Motol University Hospital took place on 23 May. "The aim of the international day is to popularize the field of emergency medicine and show the general public and politicians that the emergency care system has a major impact on reducing mortality and subsequent healthcare costs," says MUDr. Jana Šeblová, Ph.D., FESEM, the local ambassador of the EuSEM Congress, adds: “Emergency medicine plays an irreplaceable role. For example, last year, over one million patients - almost one in ten citizens - were treated during emergency runs of EMS in the Czech Republic, and others were treated at the existing emergency departments.” As recorded in the Czech Association of Emergency Medical Services statistics, more than 130,000 emergency runs took place in Prague. The positive fact is that the network of EMS stations and teams is constantly expanding, leading to a reduction of average response time. For example, in Prague it is about eight minutes.

"The congress, which will be held for four days in six parallel sections, will include a local one-day conference. It will certainly contribute to the dissemination of knowledge and innovations in this field among Czech experts, and it will support further development of emergency medicine in our country. The fact that we have top doctors and specialists not only in emergency medicine in Prague and the Czech Republic is evidenced by our statistics: medical topics are among the most discussed in the Czech capital in the long term,” concludes Roman Muška, Managing Director of Prague Convention Bureau, which is the official representative of the capital city of Prague in the field of meeting industry.