Reconstruction of the Industrial Palace Continues as Planned, Preservation of Stained-Glass Windows and Other Historical Elements Begins 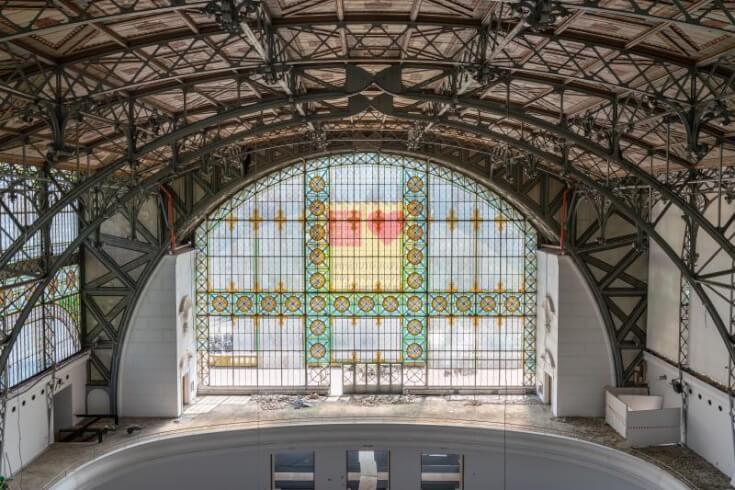 The long-awaited renovation of the Industrial Palace, since fire affected its left wing in 2008, is in full swing. Rescue works on historical elements are in their initial phase. All 5,023 glass parts forming a stained-glass window with a total area of 2,256 m2 in the central hall, will be dismantled. It is one of the most important investments of the City of Prague that are currently underway.

"We have launched a number of investment projects that cannot be compared with any previous period in the history of Prague. The reconstruction of the Industrial Palace, for which the people of Prague have been waiting for 13 years, is one of them and it is in full swing. 1,020 truckloads of soil have already been driven out from the new basement, where the technical facilities will be located. And now we are working with a team of great restorers on another task: the preservation of historical elements. We start with the historical stained-glass windows, other elements will follow," comments Pavel Vyhnánek, Deputy Mayor for Finance and Budget, who oversees the agenda of the Prague Exhibition Grounds.

Entire completion of the burned-out left wing, renovation of the right wing and of the central pavilion will cost approximately CZK 2.5 billion. The works are expected to be completed in 2025. After its opening, the palace will again be used for organizing fairs, conferences, and cultural events.

"The construction, which we have launched with no difficulties at the beginning of the year, is running as planned, and the construction teams are working in mutual coordination. I believe that despite the complications arising as consequences of the covid pandemic, the increase in the building materials prices and the problems of workers related to the Russian aggression in Ukraine, we will deliver the construction so that it fulfils the investor's intentions and brings joy to the people of Prague," says Karel Volf, Chairman of the Board of Executives of Metrostav DIZ, a company carrying out the renovations of the Industrial Palace in association with Syner, Avers and Metrostav. Construction works will continue while events take place in other parts of the Prague Exhibition Grounds even during the reconstruction.

Since its opening, the Industrial Palace has been a venue of exhibitions and cultural events. It was built by design of architect Bedřich Münzberger for the Jubilee Land Exhibition in 1891. Originally, it was only supposed to be a temporary building, but it lasted until the fire in 2008.

"Thanks to the reconstruction, the Industrial Palace will soon fulfil its purpose again. Thanks to the combination of historical and cultural values with modern technologies and equipment, it will rank among the top European trade fair grounds. We believe that the project will become a new landmark of Prague, from which the city and its inhabitants will benefit greatly," concludes Tomáš Hübl, Chairman of the Board of Directors of the Prague Exhibition Grounds. 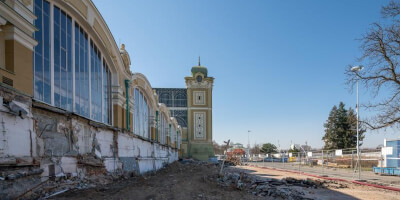 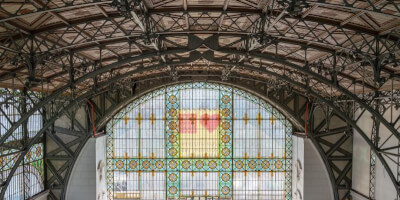 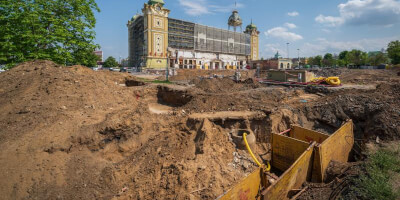