Reconstruction of the Spiral Theatre is in Full Swing, New Multifunctional Space Will Offer Unique Revolving Stage and High-Quality Acoustics 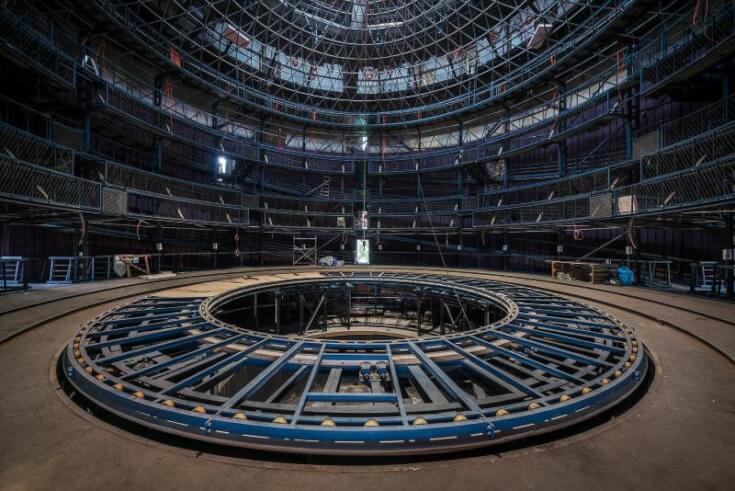 The reconstruction of the iconic Spiral Theatre at the Prague Exhibition Grounds has progressed to the next phase. Originally a panoramic circular cinema, rebuilt into a theatre, it will be transformed into a multifunctional space Nová Spirála (the New Spiral), which will offer not only the circular hall with a unique revolving stage and seating for more than 750 spectators, but also an additional hall for smaller musical, theatre or dance performances. Improved statics, water retention tanks for irrigation of the surrounding greenery, nineteen suspension tensile units with a load capacity of several tons, top technology and acoustics. These are just some of the advantages that the future leader among multifunctional European spaces will offer. The new Spiral should open to the public in the first half of next year. Complete renovation will cost more than 200 million Czech Crowns.

"The Spiral Theatre was significantly damaged by floods in 2002. It fell into disrepair for many years, and the city planned its demolition: it even had a demolition acreage ready. However, we managed to save this iconic space literally at the last minute, and we started its complete reconstruction. Thanks to this, this truly unique building will serve future generations. I believe that the Spiral will be a favorite place of all Prague residents and visitors, whether they come to theatre, musical, concert or conference," Pavel Vyhnánek, Deputy Mayor of the City of Prague for Finance and Budget, comments on the ongoing reconstruction of the New Spiral.

The renovation of the Spiral Theatre will preserve a unique postmodern building, which won the Grand Prix of the Community of Architects in 1993. The inner dome of the theatre is also a technical and cultural monument.

In addition to the main stage of the Spiral Theatre, which will already offer more than 750 seats after a complete reconstruction, a small stage has also been created, which has originally served as a rehearsal room. Now this space will offer serve as a facility for performances for smaller theatre companies, beginning musicians and smaller bands, as well as dance performances, dance evenings, as well as larger conferences and congresses. Thanks to its variable layout with the possibility of dismantling the stage, there are practically no limits in the focus of the event.

"The Prague Exhibition Grounds are undergoing extensive modifications, and Nová Spirála will strengthen our overall position on the market again. For the future operation of Spiral, we have already built a team of experienced managers who have already started working on program preparations for the next season. Like the entire Exhibition Grounds, Nová Spirála will also offer its own rich programme dramaturgy in addition to multi-genre activities on the part of lessors. Thanks to the unique rotating stage composed of an external and internal separately rotating stages and a cutting-edge steel structure with suspension tensile units and a load capacity of several tons, we will offer a space of the highest possible quality for a wide range of cultural, musical and acrobatic performances," says Tomáš Hübl, Chairman of the Board of Directors of Výstaviště Praha a.s.

In Nová Spirála, the audience can look forward to an extensive theatre programme. The music production will offer concerts of all genres. There will also be special projects such as a light show combined with the new circus, video mapping, projection and 3D visualization, a combination of dance, music or graphic arts, but of course the premises will also be offered for rent for corporate parties and private events of various purposes and topics, the place will be suitable for conferences and congresses. Sports, educational and charity activities will also be hosted here. 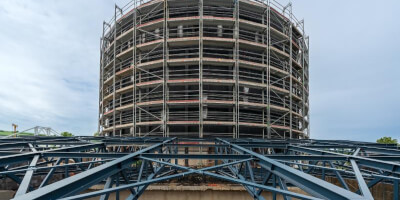