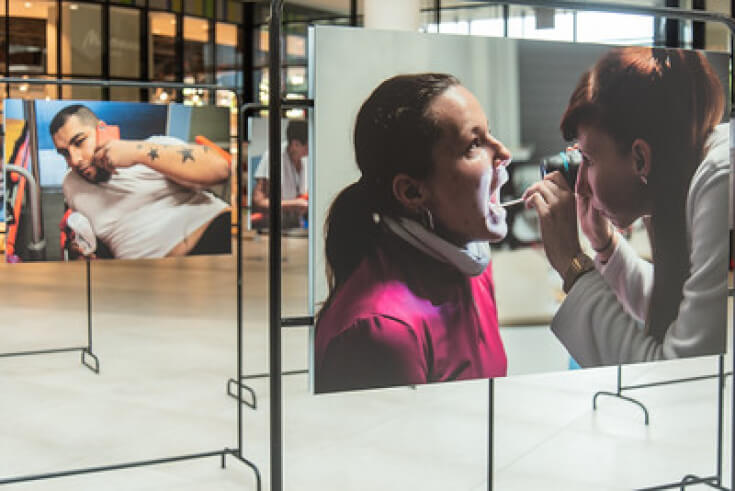 Prague welcomed more than 2,500 specialists from 79 countries worldwide working in the field of emergency medicine for the 13th Congress of the European Society for Emergency Medicine (EUSEM). Congress took place in the Prague Congress Centre from 12th to 16th October, 2019.

Delegations with the highest number of attendees arrived to Prague from the USA and UK, where emergency medicine has more than 50 years’ tradition. 140 Czech delegates attended the international part of the Congress, which made the Czech Republic one of the four most represented countries. Doctors and rescuers had a chance to participate in lectures led by more than 200 experts related to emergency patient care, up-to-date recommendations, diagnostic methods, but also a career in the field of emergency medicine.

Congress held under the auspices of the Ministry of Healthcare of the Czech Republic took place in six parallel sections. Before its official opening by the first Deputy Minister of Health, professor MUDr. Roman Prymula, CSc., Ph.D., the delegates had an opportunity to attend some of the 12 workshops. These focused on medicine as well as managerial topics and included e.g. a preparatory course for the European exam, workshops on analgesia, serious and non-serious injuries, paediatric & geriatric emergency care or ultrasound courses.

“Keynotes and hot topics presented by prof. Maaret Castrén (Finland) on resuscitation, Dr. Gregory L. Henry (USA) on how to be a good leader, Jim Ducharm (Canada) on global emergency medicine or Susan Mason (UK) addressing demand in urgent & emergency care systems were among the most appreciated ones. We also received excellent feedback on the morning run, organized for the first time in the EUSEM Congress history, as well as exhibition of art photos taken by prof. Jindřich Štreit at the emergency departments,” says MUDr. Jana Šeblová, Ph.D., FESEM, local ambassador of the Congress.

The European Emergency Medicine Society celebrated the 25th anniversary of its founding in Prague. Two Czech doctors were participants of establishing European society in 1994: MUDr. Pavol Getlík and MUDr. Roman Gřegoř, MBA. “It is our great pleasure, that EUSEM chose Prague for its 25th anniversary Congress. We are all the more pleased by the record attendance at this event. The congress welcomed 2,502 delegates, which is the highest number in its entire history, and what is more, all previous EUSEM presidents also attended the congress,” comments Roman Muška, Managing Director of Prague Convention Bureau, which is the official representative of the capital city of Prague in the field of meeting industry.

Local one-day conference held on 13th October in the Czech language was also part of the international Congress. The conference welcomed 250 delegates including three Czech rescuers who were, by chance, one of the first to be present in a mass car crash on the D1 motorway, during which they saved several lives. Another two doctors attending the conference later saved the life of a 19-year-old man they found with a thoracic gunshot injury in the immediate vicinity of the Prague Congress Centre.

“Emergency medicine plays an irreplaceable role. For example, last year, over one million patients - almost one in ten Czech citizens - were treated during emergency runs of EMS in the Czech Republic. Organizing EUSEM Congress in Prague allowed local Czech doctors and rescuers to deepen their knowledge and share the latest findings with their colleagues from abroad. I would like to thank all those participating in organization of the Prague EUSEM Congress, including about eighty volunteers from the Czech Republic and abroad,” concludes Jana Šeblová.

More information about the Congress can be found on the official EUSEM website.

Photo gallery from the photo exhibition by professor Jindřich Štreit is available for download here. Photos from the exhibition’s vernissage can be found on this link.

Video (copyright Prague Congress Centre) from the Congress can be viewed here: