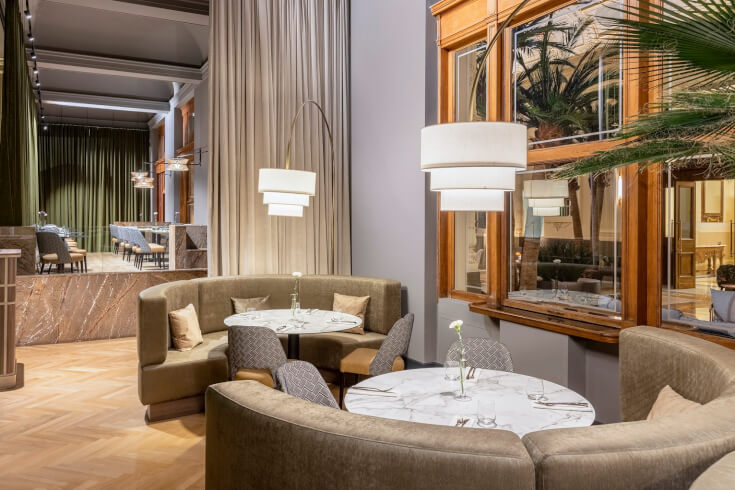 The 19th century 5* hotel was originally built as the majestic seat of a well-known bank until its later transformation into a luxury hotel offering premium services such as wellness & spa, a lobby cocktail bar and an all-day dining restaurant. Given the building's status as a National Heritage Site, the renovation was supervised by the Heritage office.

The five-star hotel, housed in a heritage-protected neo-renaissance palace, is set to embark on a journey of transformation as it reveals a design overhaul to provide upgraded services and ambience of a past splendour with all modern creature comforts to its discerning clientele. Under the creative eye of the heritage office and an international architectural studio, the hotel’s remastering pays respect to its rich history while respecting the needs of today's travellers, turning it into a vibrant meeting point for guests and locals alike. The majestic lobby pays homage to the former bank‘s terminal hall presenting refurbished wooden frames on the original bank teller’s windows. The ceiling regained its former appearance of square glass panes affording more light. Elegant seating in beige, light grey, and hues of brown and green mirror the earth colours of the flower arrangement of giant palm trees which adorn the lobby once again as they did when the hotel first opened in 2003. Together with the marble floor, the ceiling frescoes and Ionic columns the whole area attracts immediately with its timeless look.

We wanted to reimagine the place and put the needs of the modern traveller first while preserving the historical elements, making sure there is comfort regardless of whether the guest travels for leisure or business. The hotel’s transformation was based on our long-term research in new trends of travelling introducing co-working spaces, gastronomical open spaces with intimate corners, easy access to modern conveniences (easy charging in public spaces and guest rooms), said Sander Creemers, the Regional Director of Operations, Northern Europe.

According to Maarten Markus, Managing Director Northern Europe, at NH Hotel Group we are proud to welcome guests from all parts of the globe to our hotels. We strived to create an inspiring and refined atmospheres boasting all of the right ingredients for a relaxing or productive stay. This project will significantly upgrade the hotel guest experience and we look forward to the impact this renovation will have on the premium brand NH Collection as we are embarking on similar renovation projects in Central and Eastern Europe.

The gastronomy outlets have also undergone a renaissance. A new lobby bar is a welcome addition to the opulent hall creating a sophisticated space where guests can unwind while enjoying their favourite cocktails or afternoon coffee, on some days with live music production. The multifunctional restaurant, aptly named 1890, after the year in which the neo-renaissance palace opened as the First Mortgage Bank in former Bohemia, is located just behind the lobby hall. It copies its full length and affords ample space for guests with different seating options with intimate corners. A new menu is being introduced later in May and will concentrate on degustation plates whereas the 1890 lobby bar menu will offer plates to share and a new twist on the Czech staples.

The hotel’s sought-after wellness and spa received a brand-new tiling for its twenty-metre-long heated pool with two whirlpools. In the second phase of the renovation later in the year an updated look is planned for the sauna and steam room. Last but not least the guest rooms in the historical wing received a design update while still keeping their old-time attributes such as high ceilings, soft wooden floors and marble bathrooms. The tastefully appointed rooms in the modern wing exude casual elegance and the bathroom redesign uplifts the guest room experience. The hotel will still have 152 rooms after the makeover is finished later this May.

The hotel and its wellness & spa consistently rank among top ten hotels in Prague, and is featured on the Conde Nast Traveller Readers’ Choice Awards or Forbes Travel Guide as a recommended hotel. 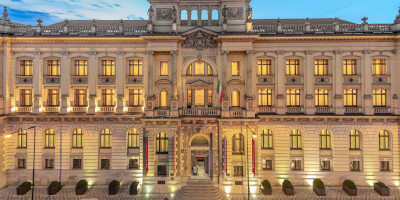 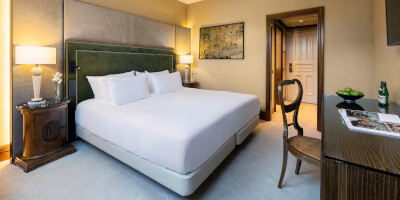 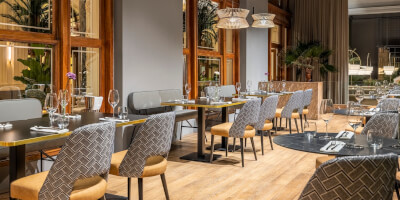 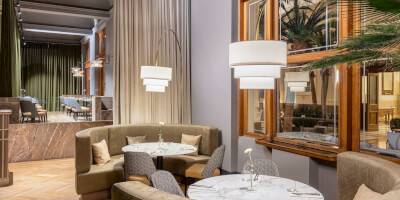 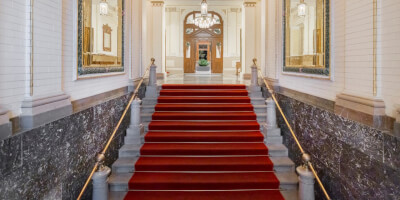