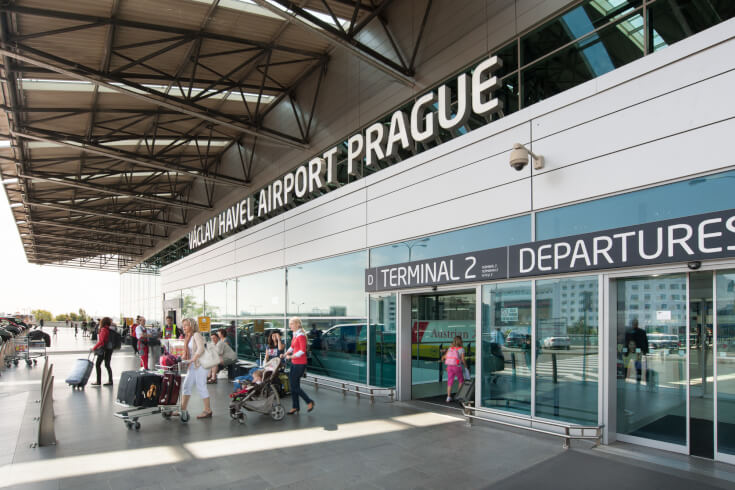 Václav Havel Airport Prague served 7,463,975 passengers in the first half of 2018, which means a 10% increase compared to the same period last year. As usual, the largest number of passengers traveling from Prague went to UK. The country with the highest increase in the number of checked-in passengers was Spain and for individual destinations, it was Barcelona.

“During the first half of 2018, Václav Havel Airport Prague served about 10% more passengers compared to the same period last year. A similar development is expected to continue until the end of 2018, when the total number is supposed to reach a new record of 17 million passengers. The reason for this growth is this year’s increased capacity in existing flights and also the commencement of new flights, including long-distance ones. As an example, a new direct flight to Philadelphia and greater capacities of flights to Canada resulted in an 88% year-to-year increase in the number of passengers traveling on direct flights to North America,” comments Prague Airport’s CEO Václav Řehoř on the results.

The largest number of travelers over the first six months of the year flew to London, which meant a 6% inter-annual increase in the number of checked-in passengers. Paris came second, followed by Moscow, Amsterdam and Milan. The fastest growing destination in terms of passenger count was Barcelona (+51 %) thanks to the substantially increased number of flights.

As for countries, UK ranked first with 12% growth, followed by Italy, Russia, Germany and France. The record holder of countries in terms of increased checked-in passengers is Spain (+40%).

The busiest day of the first six months was June 29, when the airport registered 68,568 passengers. Last year, the busiest day at Václav Havel Prague Airport was June 23 with 64,008 passengers. As can be expected, this year’s record to date will be surpassed during the traditionally busy vacation months, largely in respect of the higher number of flights. On July 1, Emirates started its second daily flight to Dubai and on the same day, Aeroflot opened their sixth daily flight to Moscow. On July 25, EasyJet will start flights to London/Southend.

New destinations are planned for the winter season of 2018. These include new Ryanair flights to Marrakesh, Paris/Beauvais, Eilat, Pisa and Amman; a new EasyJet flight to Belfast and a higher number of British Airways flights to London/Heathrow.