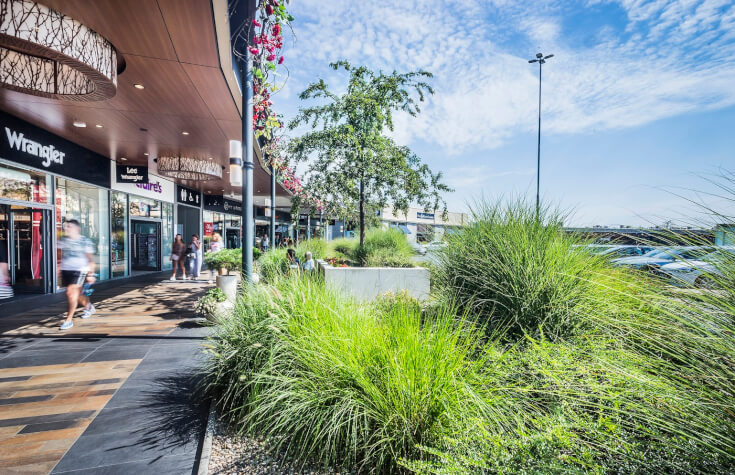 The VIA Outlets, network of European outlet centres, which includes the most visited Czech outlet centre Fashion Arena Prague Outlet, has once again defended the highest GRESB sustainability rating. In the evaluation process, the outlet network scored 92 points this year, which is seven more than last year. The five-star rating has been securing VIA Outlets a place among the 20% of the most sustainable retail companies for the second year running.

The repeatedly defended title proves the success of projects at which VIA Outlet has intensively been focusing on with all eleven European outlet centres, including the previously mentioned Fashion Arena Prague Outlet. The company recently introduced a new "For Sustainability" strategy as a necessary standard. It is based on 4 main pillars: building sustainability, proactive local community, consumer awareness, individual tenants' engagement. The chain's latest initiative is the gradual opening of pop-up retail facilities that are intended only for sustainable collections of existing or new brands. The stores are named Re.Love and the first one has opened this September at the Freeport Lisboa Fashion Outlet in Portugal, the second in October at the Batavia Stad Fashion Outlet in Amsterdam. However, other centres are already getting ready to open.

"The redefended GRESB title is the result of growing involvement of brands in individual centres. They, too, are increasingly focusing on issues such as resource consumption, store revitalization, and more environmentally friendly fashion. The new involvement of the Carbon Risk Real Estate Monitor (CRREM) instrument also contributed to the favourable evaluation, helping us to set targets for reducing the energy consumption of each centre and greenhouse gas emissions.  However, in order for our efforts to make sense, we try to influence all stakeholders: suppliers, brands, customers and local governments. Finally, I would like to thank all our employees who are proactively involved in the more economical operation and functioning of our centres," says Geert Paemen, Director of Sustainable Projects at VIA Outlets Group.

Moreover, the Fashion Arena Prague Outlet can take pride in another sustainable development project it accomplished in the end of September. In just 6 days, the Ekobox implementation company managed to plant almost a quarter of all the outlet centre roof area with plant strips. The green roof is intended primarily to improve the energy efficiency of the building and contribute to the biodiversity of the surroundings.

Grassed roofs, however, bring many more positives. They help retain rainwater, produce oxygen and reduce dust. In summer months, they reduce the surface temperature of the roofing material, thus allowing the business units under the green roof to consume less energy on air-conditioning the premises. On the other side, this principle also works in winter months, which means that the perspective of the return on this investment is in the order of years. But a positive influence on the human psyche is also indisputable.

"Greening the roof was our long-term priority. Despite the myths, we expect the installation of sedum plants to extend the life of our roof. At the same time, this covering is almost maintenance-free, so we will be more effective in this regard as well, and we also wanted to expand the space in which our bee colonies, which have been located next to the employee parking lot this year, will thrive. Last but not least, we have created a pleasant environment for our customers who spend time on the summer terrace," Lenka Čapková, Director of the Fashion Arena Prague Outlet, described in closer details.