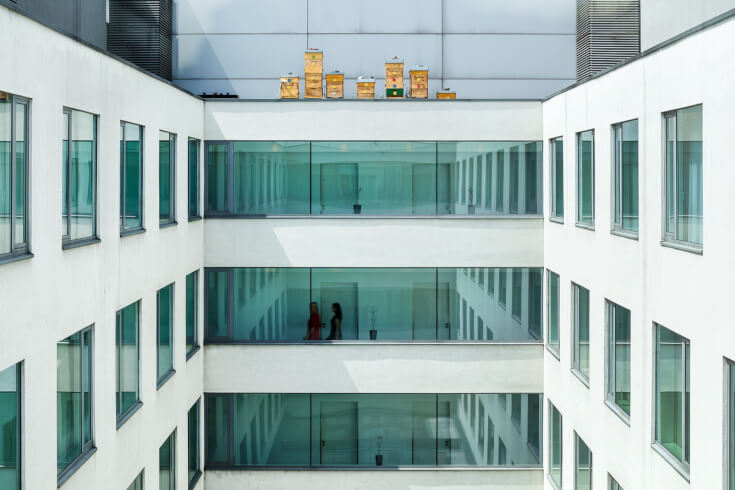 The bees from the top of the Vienna House Andel's Prague hotel roof were awarded a silver medal for producing one of the best honeys in the Czech Republic in 2019.

During the bee season this year, Vienna House in the Czech Republic placed beehives on the roofs of all its complexes there. In doing so, local hotels are promoting biodiversity, especially in towns and city centres, where its properties are located.

The beehives on hotel roofs project in the Czech Republic started at the Vienna House Andel's Prague. Over two years, an assessment was made of the conditions for beekeeping in the city centre resulting in beekeepers rating them as excellent. The bees thrive since there is no presence of competition from any other insects. In addition, the trees and plants in the area never receive high doses of fertilisers. As a result, the honey produced in towns and cities is among the best. This reputation was confirmed when honey was awarded the golden medal in 2018 for the best Czech-sourced honey, this year the honey from the roof of Vienna House Andel's Prague earned the silver medal. Guests of the hotel can enjoy the taste of its honey at breakfasts or take it away as a souvenir.

“The beehives at Vienna House Andel's Prague are very popular. All the guests can safely observe them from the hotel corridors or watch the hives 24/7 on live TV in the comfort of their rooms,” explains Kateřina Joklová, manager of Vienna House Andel's and Angelo Prague. “At breakfast, Vienna House fresh honey is a real favourite and the consumption keeps growing.”