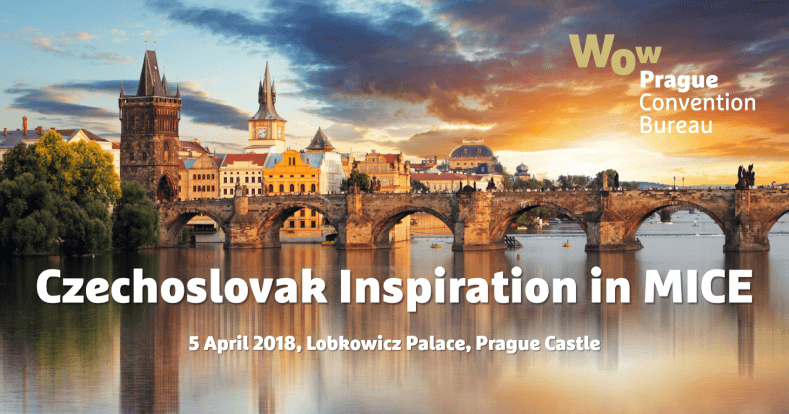 It is said, that the eights are fateful for the Czech nation. Dates ending with the figure „8“ are indelibly recorded in our history. Join us not only for the commemoration of the 100th anniversary of the founding of independent Czechoslovakia, but above all for the revision of recent Czech-Slovak past from the point of view of the meetings industry.

This year, we commemorate the 100th anniversary of the founding of independent Czechoslovak state and the end of long and influential era of the royal crown. How did the Lobkowicz family perceive all the twists of fate in the last century? Prince William Lobkowicz, the host of the educational seminar, will address this topic.

In the first block, titled "10 Years Without the Crown: Impact of the Adoption of Euro on the MICE Industry", Zdeněk Tůma (KPMG), Ján Svoboda (Heritage Hotels of Europe) and Petr Břinčil (GUARANT International)  will present their views on how the transformation to euro influenced the development of the Slovak economy from the tourism point of view, and what the potential impact of adaptation of euro currency would mean for the Czech congress industry. Slovakia officially adopted the euro in 2008 and gave up its former currency - the Slovak crown.

Klára Honzíková (Socialbakers), Martina Mlynská (sli.do) and Daniel Musil (AITOM) will represent the successful Czech and Slovak companies that impressed the world in the second block titled "Present and Future: How do the Czech Republic and Slovakia Inspire the World?" The block will be concluded by Petr Klymec (360° Travel Trends), the seminar moderator, who will talk about how the tourism events will look like in the future.

The educational seminar will be held in English language. More information about the seminar is available here. Your registrations please e-mail to info@pragueconvention.cz. #CZSKinspiration