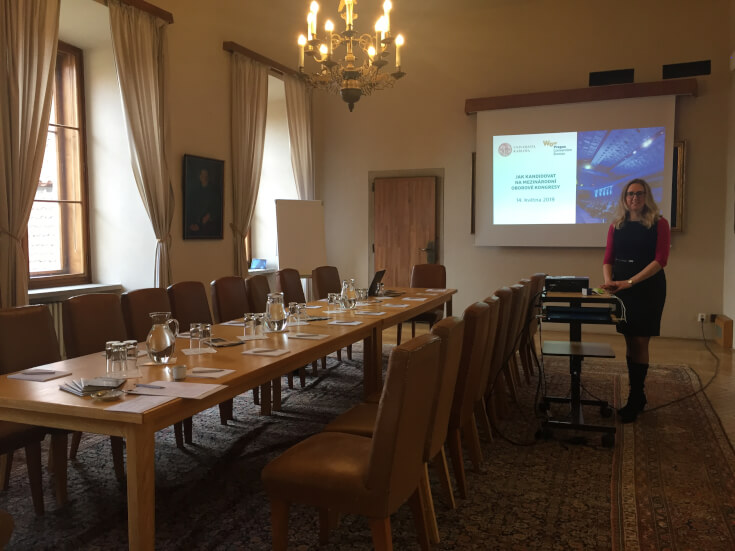 Prague Convention Bureau held one of its seminars for new congress ambassadors. The seminar on “How to run a candidacy for international expert congresses” was held on 14 May under the auspices of the Rector of Charles University, prof. MUDr. Tomas Zima, DrSc., MBA in the Carolinum building.

Ten new congress ambassadors, representing eight institutions or associations from various areas, interested in bringing professional events to Prague took part in the seminar. Apart from traditional medical congresses, the events included linguistic conferences or a geographic olympiad. The planned events could attract up to 8,300 delegates to the Czech capital in the next two or three years.

The Prague Convention Bureau Ambassador Program has been offering support to congress ambassadors since 2010. This strategic program is run under the auspices of the Academy of Sciences of the Czech Republic and the Charles University, and is aimed at supporting local representatives of international expert associations in Prague and the Czech Republic who are involved in scientific work of program or organizing committees of international association meetings.