First Annual Meeting of SIOPE 2019 Successfully Behind Us

Last week, a five-day meeting of European Pediatric Oncology (SIOPE) took place in the Prague Congress Center. With over 1400 delegates participating, this is the second largest event in 2019 for C-IN.

Out of 65 countries around the world, the TOP10 SIOPE participants were from Czech Republic, France, Italy, Japan, Germany, the Netherlands, Spain, Switzerland, the United Kingdom and the USA. In addition to the closed meetings, the program included the participation of 22 working groups and 11 public meetings. New working groups, such as Young SIOPE, SIOP Europe Radiation Oncology Working Group and SIOP Europe AYA Committee, were officially introduced.

There was also a cultural program in the form of a photo exhibition and a charity run where 30 athletes ran, including four C-IN team representatives. The money was donated to the children's Oncology Foundation KRTEK and the Kapka naděje Foundation.

The next year of the annual meeting of SIOPE will take place from May 4 - 8, 2020 in Valencia, Spain. You are all cordially invited.

More about the event in the press release here. Browse the photos here.

The European Society for Pediatric Oncology (SIOP Europe or SIOPE) was founded in 1998 and is the only European association for childhood cancer. Today, it has over 1,800 members from more than 35 European countries. Activities include research and projects to improve the treatment of childhood cancer. It focuses on the education of the new generation of professionals and seeks to create stable relationships between families and lawyers on a European level. 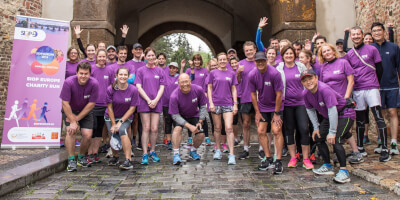 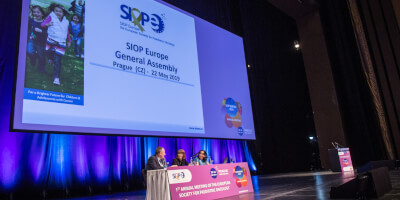