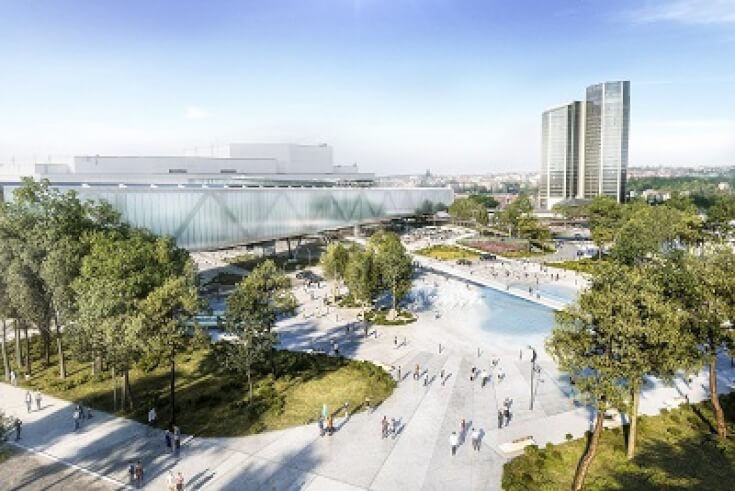 "For a long time, the Congress Centre has been unable to meet high demands for exhibition and congress areas, and therefore it needs a new hall. However, it is also important to address the entire area around the Prague Congress Centre so that it can serve more efficiently to people. We received a lot of designs and I am glad that a lot of them were of high quality and I believe that we eventually really picked the best one," says Prague Mayor Adriana Krnáčová.

The first prize was awarded to the design of a young OCA studio from Barcelona run by Marc Subirana, Hernan Lleida Ruiz, Biela Susanna and Bernard Garcia. They commented on their participation "We have set up our office to extend our work and opportunities beyond the local context of Barcelona or Catalonia. In this case, it was especially motivating that we could contribute to the building of such significance in a historic city like Prague. It was a challenge when we realized how complex this task is, and that it means not only to solve the functionality of the building but also to create an intensive public space. This is the key aspect of our design." The second prize was received by Francisco Jorquera's team from Palma de Mallorca.

An eleven-member jury, with its chairman, architect Petr Hlaváček, chose from big number of received anonymous designs in the two-round competition. The competition was opened to participants from all over the world - 76 teams from 23 countries sent their designs. It represents the work of at least four hundred architects, planners, engineers and other professionals.

All designs will be exhibited in the Prague Congress Center from 13th to 19th September and 23th September to 5th October 2017, South foyer, entrance 10, daily from 12-7 p.m.

The jury consisted of representatives of PCC - Mayor of Prague and Vice-Chairman of the Supervisory Board Adriana Krnáčová, Chairman of the Board of Directors Radim Haluz, General Director Roman Ray Straub, supported by Mark Kopec from IPR (Prague Institute of Planning and Development) and Councilor of Prague 4, Alžběta Rejchrtová.

The architectural professionals were represented by Petr Hlaváček and Ivan Kroupa, together with Elias Zenghelis from Greece, Mathias Müller from Switzerland and substitutes Viktoria Součková and Tomáš Koumár. Petr Hlaváček summarizes their collective work: "Great foreign juries with younger substitutes, keen representatives of the investor and politicians. In spite of the great diversity of the approaches of individual jurors, we largely acted in concord. I suppose that when a jury agreed on one design, it has the potential to captivate the public and other participants in the process."

Elia Zenghelis, co-founder of the famous OMA office and currently a professor at Yale School of Architecture, said about the winning team after the competition: "The original building of the Prague Congress Centers has to deal with the identity of a very impressive monument of the Communist era, which must be re-formulated. This includes a new look, a position within the city and a connection to a complex traffic situation. This complexity has been mastered by the authors of the winning design."

From the 76 proposals mentioned above, the jury selected the best six in March. The chosen authors further elaborated their designs for the second round. The authors of the awarded designs will be, in addition to receiving the financial reward, invited to further negotiation procedures without a publication in which the contract assignment will be decided. Four other teams that have not reached the prize will receive a sketch fee for participating in the second round. Since the third prize was not awarded, this amount was evenly distributed among the finalists. 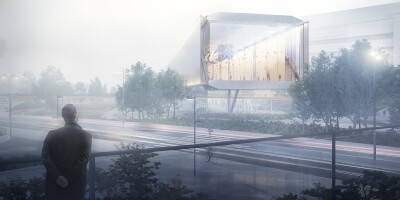 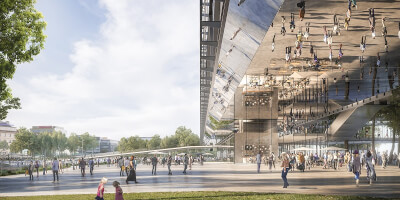 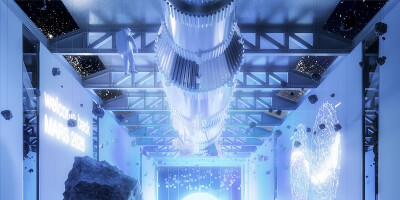 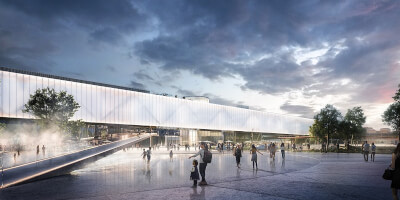