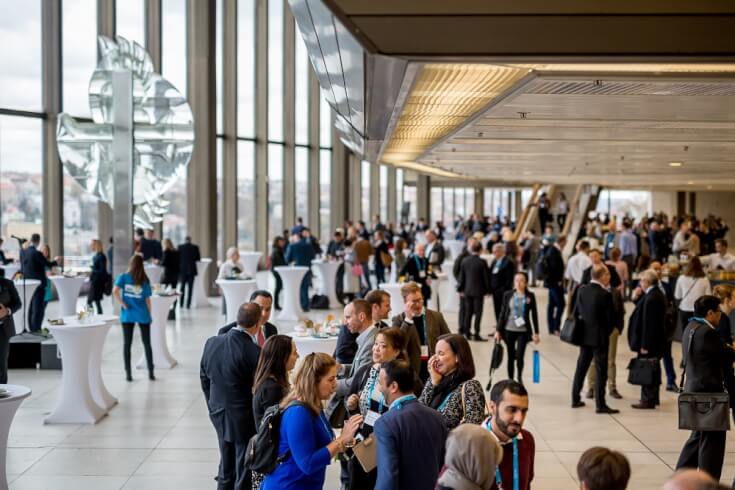 Revenues from short-term rental of PCC congress and conference events amounted to CZK 152.2 million. Long-term leases rose to CZK 157.1 million, mainly due to the 100% occupancy of the Business Centre Vyšehrad. Significant success was achieved by the parking segment, where sales were increased by 22.5% by rationalization of operations and sales totalled CZK 20.5 million. With an increase in the average hotel occupancy to 73.9%, the Holiday Inn Prague Congress Centre has increased sales to a total of CZK 155 million. The company's total costs amounted to CZK 457.5 million and operating profit was CZK 35.6 million.

“Last year, we hosted major international congresses such as CYTO 2018 (International Society for Advancement of Cytometry congress) with 1,500 participants, who after several years managed to obtain for Prague or IUPESM (International Union for Physical and Engineering Sciences in Medicine) with the participation of 3000 delegates and many different cultural events such as the Illusionists show and the Evanescence concert. The most technologically demanding event was Devcon congress, which tested the quality of our new WiFi network with 4000 connected devices at one moment and 2GB of data per second,” says Lenka Žlebková, Sales and Marketing Director.

Last year, the Prague Congress Centre won prestigious partners in the field of commercial leases. Subsequently, in May this year, RENOCAR opened the new BMW Urban Store showroom on the ground floor of the PCC. In September, Newton College, a private college, will open its teaching premises on the 4th floor with spectacular views of Prague and Prague Castle. It is the university's profit that fulfils the PCC's long-term strategy to support the Czech Republic's knowledge economy.

The Prague Congress Centre has the ambition to bring the world's largest congresses to the Czech Republic, and therefore intensively continues in the design work for the construction of a new unique architectural building, which will expand the PCC exhibition space by an additional 5000 m2 by 2023. “Besides making the congress offer more attractive, the construction will solve the revitalization of the public space of the entire Pankrác Square,” adds Pavel Habarta, CEO of PCC.