Prague Continues to Promote Electromobility and Sustainable Means of Transport 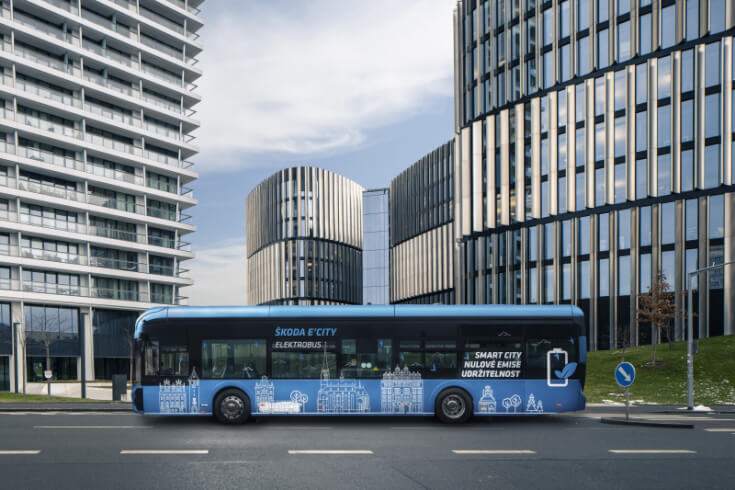 Already in mid-2019, Prague City Assembly approved the Sustainable Mobility Plan for Prague and surrounding areas with a view to 2030, which, among other issues, addresses the development of electric cars, the overall reduction of Prague transportation traffic and, last but not least, the increase in safety. The strategy also sticks to the global trend of reducing carbon burden and improving the environment by adapting such measures as the introduction of electric buses and construction of so-called P+R car parks at key transport hubs. Another great commitment is to increase the share of barrier-free metro stations from 72% to 95%. At the same time, the city increases its chances of meeting the strict conditions of those meeting organizers who prefer destinations paying special attention to sustainable development when choosing a location for their event.

In accordance with this plan, which you can download here, Prague now takes further steps to promote electromobility, transportation sustainability and the overall modernization of transportation systems.

The purchase of new electric buses fulfils two objectives set by the Prague City Council in the past as part of the Prague Climate Commitment, by reducing emissions by a fifth by 2024 and replacing a third of existing buses with electric buses by 2030. 14 new silent electric buses worth more than CZK 200 million with a transportation capacity of 69 people each, a driving range of 100 km and a maximum speed of up to 80 kph will drive out in the city streets at the turn of this and next year. The buses, the first ever of the standard 12-meter length, will be 100% low-floor and equipped with a kneeling system that can lower the boarding edge at the door to facilitate the exit and boarding of passengers. Unlike the standard diesel heating, its entire air conditioning and heating systems are powered exclusively electrically, and they are fully emission-free.

As part of its alternative fuels strategy, the Prague Public Transit Company (DPP) plans to announce other public tenders for the purchase of a total of 140 hybrid buses, 15 articulated trolleybuses and 45 battery trolleybuses. In 2022, the DPP would also like to test a hydrogen-powered bus. You can learn more about this topic in the official press release of the DPP.

As part of the Smart Prague project, Prague approved the concept of the development of charging infrastructure by 2030 at the end of February. Following the above-mentioned strategies, it addresses the issue of supporting the development of public charging infrastructure and sufficient electricity distribution network capacity of the Czech capital for connection and operation of charging points. The aim of the first phase should be to build 750 charging stations with parking spaces by 2025 and then increase them to up to 4500 by 2030, depending on the up-to-date number of electric cars. This way, Prague would be able to provide public charging capacity for up to 200,000 electric cars, which would currently represent almost a third of all passenger cars and small vans in the metropolis. To set an example in this regard, Prague city authorities have started buying electric cars for the City-funded organizations, and launched installation of so-called wallboxes for charging the electric cars already in 2020.

At the same time, the city is building on a pilot project implemented last year, when 13 so-called "EV ready lamps" were installed in Vinohrady – public lighting poles with an integrated charging station for electric cars. Based on the recently approved plan, more than 400 such lamps should be added to the network in selected parts of Prague within two years, and up to three to six thousand in the long term. The cost of implementing the project should reach approximately CZK 880 million.

Preparations for the Operation of Autonomous Metro

The Prague Metro system should also undergo significant modernization in the coming years. The operation of autonomous metro units, i.e. those fully controlled by artificial intelligence, is mainly planned for the metro line D, whose construction has recently been launched and which is due to run from Písnice to Pankrác in Prague. The autonomous units could operate from the second half of 2028. We may see them in operation already a year earlier on the existing line C. According to the latest information, DPP plans to invest CZK 25 billion in the purchase of at least 69 autonomous units.