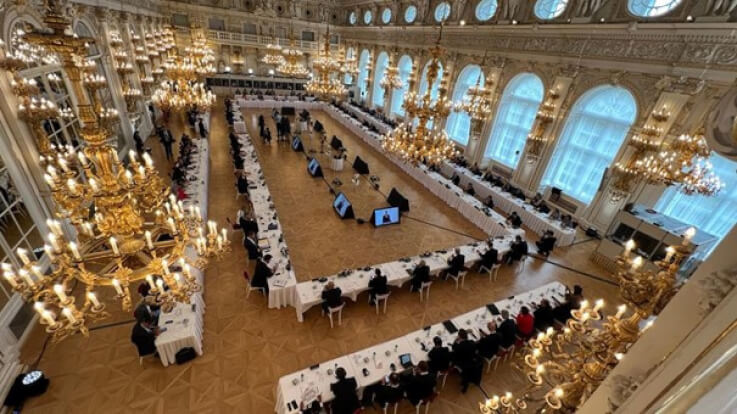 Presidents and prime ministers of European countries met at Prague summit, which was held at the Prague Castle. The first day of summit, the European Political Community had their historical first meeting, when 43 countries were brought together. Apart from 27 countries from European Union the representatives also came from the United Kingdom, Turkey and for example the President of Ukraine was connected remotely. „The meeting was rated by not only the Czech Prime Minister, but also from the president of the European Council and the president of the European Commission as a very fruitful and very well prepared from the organisers. We also got a positive feedback from the delegates and journalists. The statesmen, who were present for the Meeting of European Political Community, evaluated the premiere of this meeting to be such a success, that they will continue with this format also next year, “ evaluates the Director of the Department for the Czech Presidency of the Council of the EU within the Office of the Government, Alice Krutilová. C-IN had a very important role as an organiser. „I consider the Prague summit to be the highest event we could have organised. We are very proud we could have done it and that we could settle a new tradition,“ reconfirms the Managing partner of C-IN Aleš Pejsar.

The second day at the Prague Castle 27 members of European Council, its president and the president of the European Commission met for an informal meeting. This was mainly a meeting for head of states and prime ministers to gather without having to make any binding decision. For this day the organiser´s team had to rebuild the set-up, prepare the technical equipment, the navigation and react to any changes. „The communication and the cooperation with C-IN was from the point of view of the Czech Government smooth and without any issues despite the fact that everything was dynamic and there were many last-minute changes during the event. The colleagues from C-IN were very empathetic to the whole CZ PRES team for which we are very thankful, “praises the cooperation with C-IN the Director of the Department for the Czech Presidency of the Council of the EU within the Office of the Government, Alice Krutilová. Both teams were intensively preparing for the Prague summit for roughly a month and a half while other congresses within the Czech Presidency were running in parallel at the Prague Congress Centre. „There were 7 managers from the C-IN and every each of them had different agenda of the summit. All of this was possible thanks to the Czech Government team of Alice Krutilová. I think we worked very well together and made a very powerful team, “ concludes the Managing partner of C-IN Aleš Pejsar. 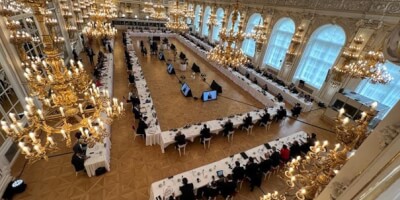 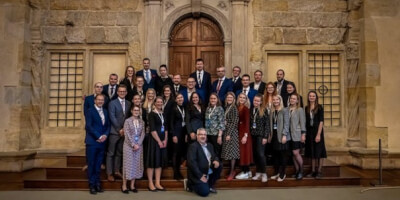 Team of C-IN and Czech Government