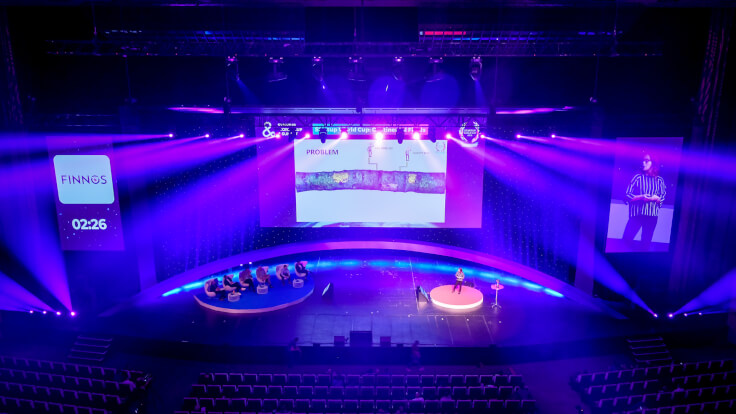 The winners of nearly 20 national Startup World Cup rounds competed for the champion title, half a million US dollars and advance to the global San Francisco finals.

Europe thus became the first continent to have its own final of this startup competition.

It was a great project that showed everyone many interesting ideas.
To demonstrate the originality of the Audiolight service team in the field of event realization, the central design element on the stage was the semicircular backlit projection design.

The resulting effect was definitely worth it! 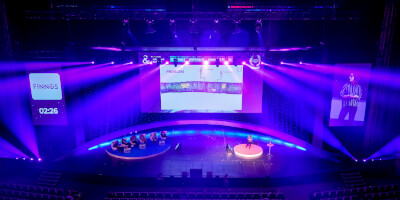 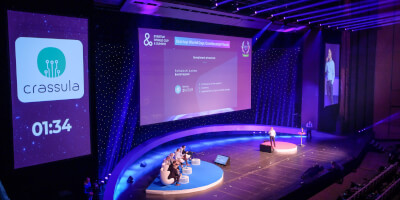